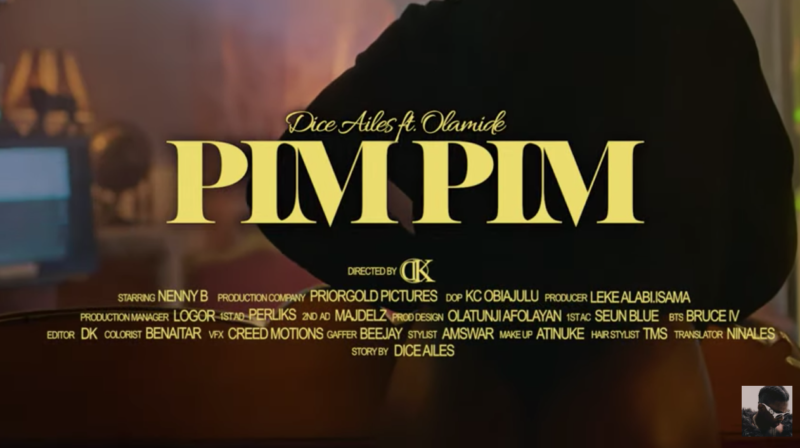 Dice Ailes and Olamide Create an Effortless Vibe on “Pim Pim“. The Nigerian Canadian singer-songwriter has proven over time that he can make hit records and “Pim Pim” featuring YBNL boss Olamide is no exception.

From Dice’s 2017 smash Otedola to his most recent offerings Alakori with Falz and Ginika, the talented Pop Star has no intentions of slowing down any time soon.

On “Pim Pim” Dice and Olamide go back and forth about a love they are unwilling to lose. Dice sings about not wanting to be played by his love interest as she’s the only one that he wants among the plethora of women available to him. The record which was produced by fast-rising producer Cracker Mallo (Fireboy DML’s “Jealous”) features a sultry but heavy Arabic-Infused drum pattern.