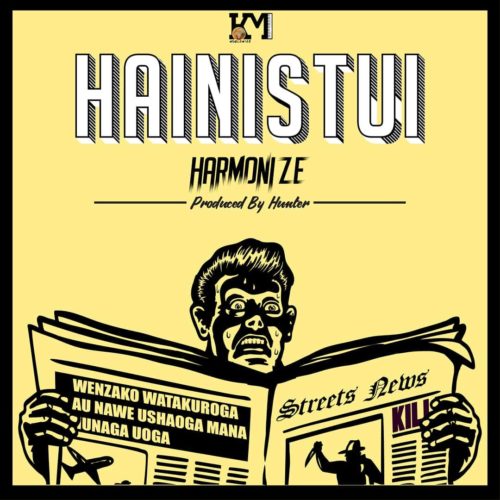 Another killer soundtrack has just been delivered from the KondeBoy Music Empire Boss, Harmonize coming up with a brand new studio work entitled “Hainistui”. prod. by Hunter.

Multi-talented Tanzanian serial hitmaker and songwriter, Harmonize has resisted relenting in dropping his sound, as he proclaimed he has a lot in the bag to bless his fans in the year 2020. While still basking on the success of his recently released track where he teamed up with the talented Nigerian songster, Mr Eazi on “Tepete“. Harmonize follow up with the visuals to his brand new potential hit track tagged “Hainistui“. It seems he’s fully prepared for the year.