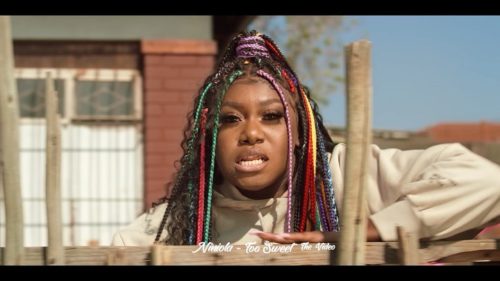 The Queen of Afro-House Niniola teams up with video director, Sesan to deliver the official video of her recently recently released hit single “TOO SWEET” (O Dun).

The song “Too Sweet” (“O Dun” in Yoruba), is laced with the signature Amapiano and Afrohouse sounds with some smooth rhythmic Niniola vocals delivered in both English and Yoruba. This new song is the first official single from Nini this year 2021 after the release of ‘6th Heaven’ EP in March. A follow up to the visuals; ‘Promise‘ & ‘Ryde‘.

It’s only a while ago Niniola dished out the warmly received RnB E.P. “6th Heaven“, which was preceded by her critically acclaimed sophomore album “Colours and Sounds” with songs including “Addicted”, “Look Like Me” and “Fire” featuring and produced by heavyweight producer Timbaland.

This song “Too Sweet (O Dun)” brings the prowess of the veteran singer Niniola to a sound she has successfully delivered on, over and over again. GET HERE

The song video, shot in Johannesburg and Lagos delivers a colourful and energetic theme as the Queen creates her unique and steady dance moves for lovers of good music.

As Directed by SESAN, Watch and Enjoy!!!