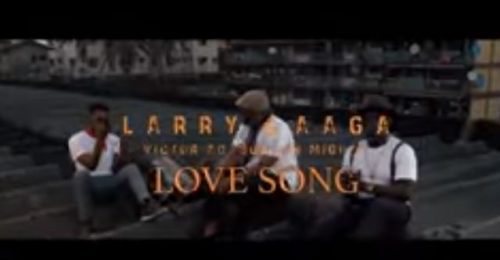 The video is a simple visuals that displays love at the lowest level, it also has some clips from the ‘Living In Bondage’ movie.