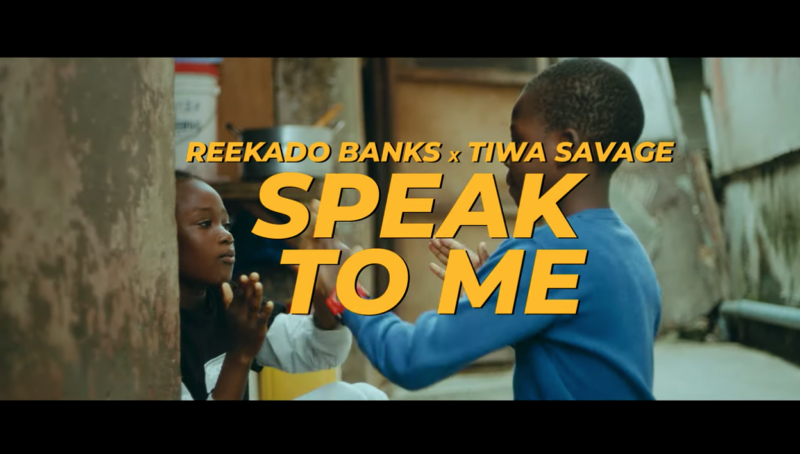 As promised, Reekado Banks releases the official music video for the track ‘Speak To Me’, This visuals is performed by Ex Big Brother Naija housemates (lovers), BrightO and Wathoni.

“Speak To Me” is a new entry from Reekado Banks ’ new EP – ‘Off The Record‘, the track features music diva,  Tiwa Savage. The Queen of Afropop blessed the Young Jonn produced record with her sultry pop vocals and experience.

Off The Record EP is a 7 tracks music project which houses Reeky’s 2019 Mega hit song RORA and two previously released singles in 2020; ‘Need More‘ and ‘You Dey Mad‘.

Powered by Reekado Banks’ innovative takes on Afrofusion, Off The Record strikes a balance between intimate sounds and major pop moves. He taps into his heritage, declaring Nigeria his home with guest Harmonize for the highlife-influenced “Mama”. With an assured outlook, Reekado brings along Mr Eazi and Tiwa Savage as he shares new experiences.

Watch the Official Video for Speak To Me by Reekado Banks and Tiwa Savage from the EP, Off The Record, Directed by Adasa Cookey, Starring Big Brother Naija Ex housemates, Brighto and Wathoni… Enjoy!!!