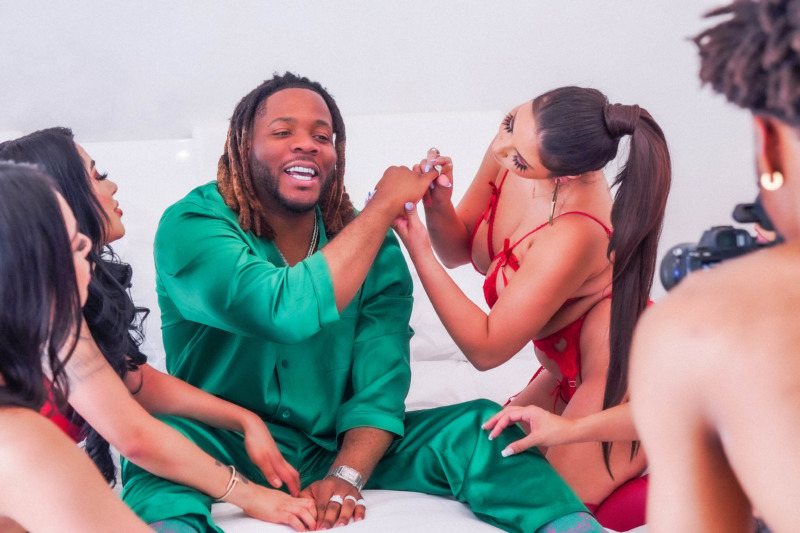 Trilly is an Imo State popular Nigerian-American Socialite, hip hop/Afro pop artiste who had in time past made a solid revolve to affect his sphere of contact with his music. The September born was raised in Los Angeles, California, USA. He made his musical debut in early 2019 as Chika with his first Ljay Currie-produced single titled “I Like”.

Trilly is a rare mix of artistry and talent, from his lyrical prowess to his soothing vocals, which are very much complimented by his good looks. Trilly has collaborated with Tory Lanez and Joe Moses with many more features to come. Trilly is the ultimate package and his music speaks for itself.

The “I Like” crooner has indelibly blessed us with the visual cut of his much acclaimed new single labelled “Ay Bishhh“.

The video which was directed by Mike Wilds would see the beaming rapper shine in all his aura and glory as he literally and seamlessly dishes out his bars and lines. Mirroring the salacious theme of the single, we catch glimpses of Trilly lost in a sea of women as he attempts to stake his claim over them bar after bar. His earlier iterated interest in a certain kind of life he loves and wants to live is obvious in the video as it seemingly covers his love for women and parties among other things.

Trilly’s diversified identity has smoothly set things in motion for him, along with his doggedness and artistic pride for his work. Trilly believes he has what it takes to take the industry by storm this year, he told Lambo Xtra in an interview.

Trilly is another act to definitely look out for. Watch and Enjoy ‘AY Bishhh‘ below