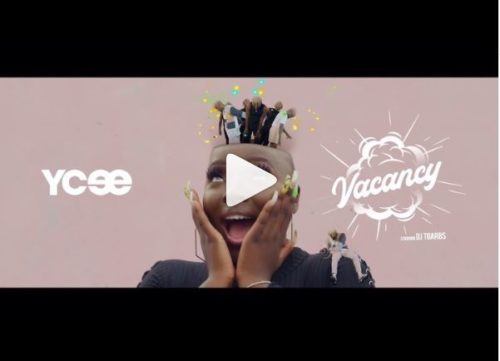 After ‘Dakun‘, Ycee starts year 2020 with the release of the official music video for his song “Vacancy”.

Award winning Nigerian rapper, Ycee rolls out the visuals for the track “Vacancy” off his latest body of work, ‘Ycee vs Zaheer’ album. This was produced by Willis, Ycee shares that he got space in his heart (Its vacant, open for good real love and a lady that got a banging body). You need to free your mind, spirit soul and let this music take control.

Two years after his widely acclaimed EP; ?The First Wave?, Nigerian music royalty, Ycee is ready to strike again. For his long-anticipated debut album eponymously dubbed Ycee vs. Zaheer?. As the title suggests, ?Ycee vs. Zaheer offers a flamboyant juxtaposition of his stirring range as a rapper and dexterity as a singer. Simply put, the album is an astute portrayal of two sides of the same coin. In the words of the artiste, “It’s ?Ycee vs. Zaheer? because I’m my only worthy opponent”.