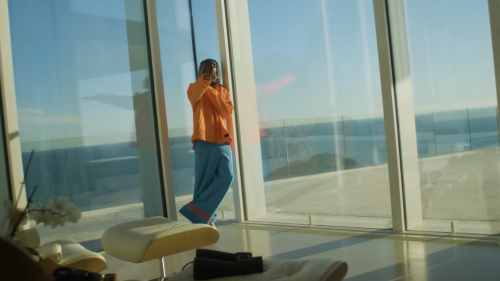 Chocolate City Music star, Young Jonn returned with another upbeat single titled, “Xtra Cool” which is off his forthcoming “Love Is Not Enough” Vol. 2 EP.

Young Jonn has successfully pulled a non-stop energy following his back-to-back hit releases since his transition into an artist and the release of his debut project, Yet he surfaces with another banger “Xtra Cool”.

The new single produced by Rewardbeatz, known for his stellar production on ‘Buga‘ and ‘Eh God‘ by Kizz Daniel is a song that solidifies Young Jonn’s stance in the music industry. It is a high tempo groovy mix which follows the romance/love theme and is a testament of Young Jonn’s commitment for his new romantic interest.

Xtra Cool is the lead single off his forthcoming ‘Love Is Not Enough’ Vol. 2 EP set to be released on Friday the 21st of October 2022. Since the release of this single, it has garnered over a million streams and is currently also the #1 song on Nigerian airplay chart for radio.

Young Jonn is definitely having the best year yet with these amazing achievements. Watch his latest music video below;