Wale Responds To Nigerians Dragging Him Over His Post About Wizkid 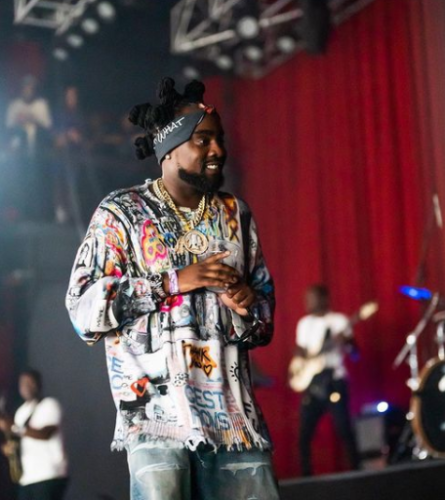 Nigerian-American rapper, Wale is embracing his roots and supporting his Yoruba brother, Wizkid.

This evening, he indirectly stirred controversy after he posted series of photos of himself and Wizkid chilling after the surprise performance at the ongoing Made In Lagos Tour in the United States of America. He captioned one of the photos, ‘Yoruba’ and another one ‘Starboy different’.

It would be a surprise if the Twitterati didn’t comment on his post. A user identified as James Jimmy immediately called him out over the post. According to him, if an Igbo celebrity hailed his or her tribe as Wale did, the Yorubas will waste no time in dragging the person through the filth.

Reacting to this, Wale informed the guy that his tweet was not to create problems between the two ethnic groups. According to Wale, it’s not a competition and Nigeria is for all. He advised Nigerians like James, to always hold and support each other instead of seeing achievements as a competition. 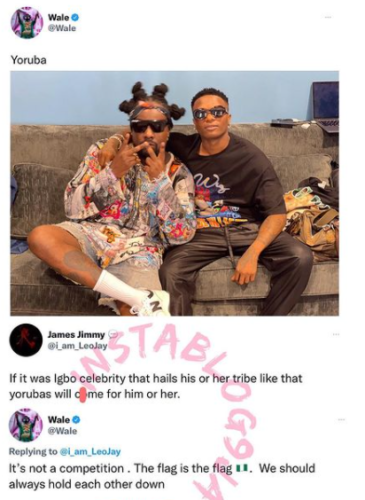