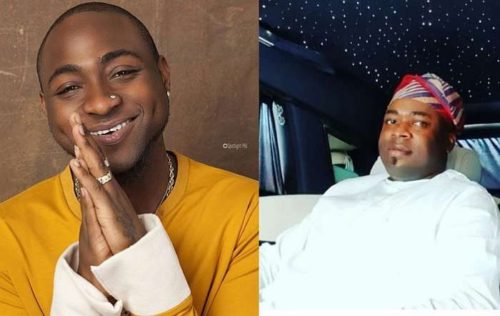 Davido according to reports from some media houses has in the past had one or two issues with famous socialite king; Oba Saheed Elegushi which was further blown out of proportion by some music followers.

However, the current event that happened between the King and Davido has shown that even if there was a problem in the past, they have moved passed it and the only thing that binds them together now is love and peace. The king organized a birthday party for his newest queen in Abuja yesterday and decided to bring in Davido to meet her.

It was a beautiful scene as she showed great excitement meeting the Afrobeat superstar.

Moment Oba Elegushi brings Davido,Peruzzi and Zlatan to surprise his New Queen at her birthday Dinner ! ????

“Watch Exciting Moment Oba Elegushi Introduced Davido & Other 30BG Members To His New Wife”, 5 out of 5 based on 1 ratings.