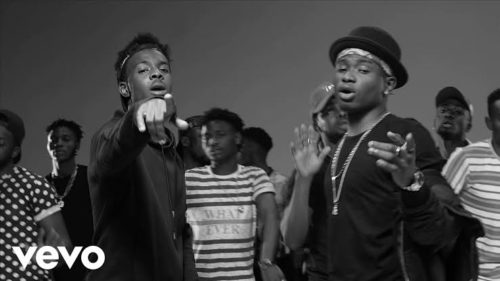 It wasn’t a journey of a roller coaster for Lil Kesh and Young Jon at Olamide’s recently held concert at the Energy City of the Eko Atlantic area of Lagos.

In the process of trying have some real fun and show love that is contagious on stage, Young Jon and Lil Kesh were stunned to slammed on the floor by each other. However, in trying to be resilient, they got up again and tried to hug each other but fell heavily on the floor again.

The audience exclaimed in fear as this happened but they also found it funny as there was laughter from some quarter of the crowd.

The scary moment Lil’Kesh and music producer YoungJon fell awkwardly on stage at an event, last night, in Lagos

“Watch Fearful Moment Lil Kesh & Producer; Young Jon, Fell Twice On Stage After Their Stubbornness”, 5 out of 5 based on 3 ratings.