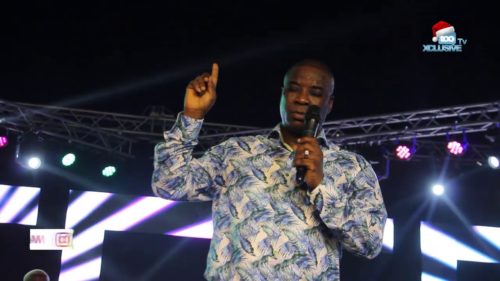 In a move to help all and sundry enjoy his concert at the Agege stadium in Lagos last weekend, Small Doctor brought on stage the King of Fuji music, King Wasiu Ayinde Marshall popularly known as K1 De Ultimate.

His appearance on stage was to a massive roar from the crowd who finally knew it was time to experience some real cultural songs that the street could resonate with more. This exactly was the case as the atmosphere changed when K1 walked  up stage and started with a song that hit their hearts and minds. The show re-started.