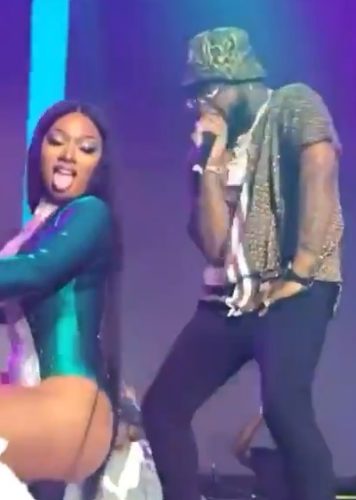 Davido must be missing a whole lot of fun with his new found status as a lover who is engaged and set to marry only at the twinkle of an eye.

The Nigerian-international music superstar was brought on stage by American sexy-female rapper, Megan Thee Stallion, last night at her Flytime Music Festival and the sexiest, funniest and most shocking thing happened. While Davido was performing his 2019 smash hit single; “Risky,” Megan went in front of Davido rolling her waist and shaking her butt for the singer to grab but he stylishly refused as a sign of respect to his wife-to-be; Chioma.