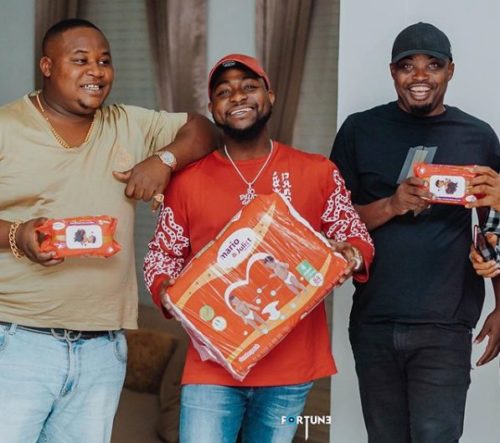 DMW boss, Davido has given details of his son’s first multi-millionaire endorsement deal.

Davido’s unborn son bagged his first endorsement deal with a diaper company even when he hasn’t been born yet. The deal which is said to worth millions of naira was announced by the proud parents via their Instagram page yesterday.

The video of the press conference, however, has surfaced on the internet where Davido revealed that his unborn son is the first ambassador of the company which is valid is for a year. He also explained that plans to start the mass production of the diapers locally have been put in place and that he would also be doing giveaways in the future.