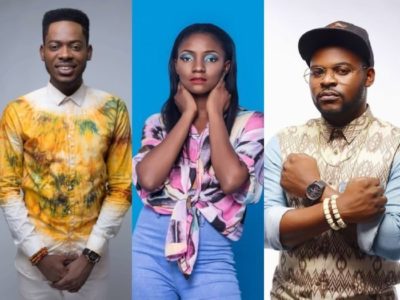 The love triangle binding Simi, Adekunle Gold and Falz; has caused a lot of fans to speculate on who amongst the two male artistes has the key to the heart of X3M music songstress, Simi. The speculation has lingered for long, and from time to time, new rumours spread to fuel the speculation. None of the three artistes seemed to show interest in giving substantial information until recently when Simi was asked to pick between Falz and Adekunle Gold. She gave a straight answer and her choice would (not) surprise you.

“Watch The Moment Simi Chooses Between Falz & Adekunle Gold”, 5 out of 5 based on 2 ratings.