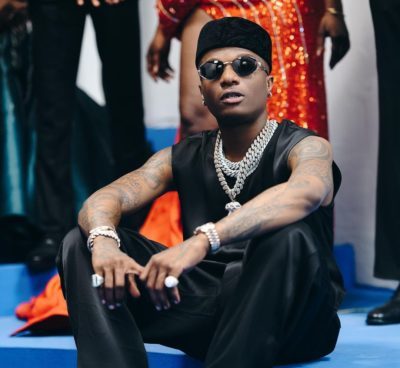 In today’s edition of “Things that happen at A Wizkid’s Concert”, we have four girls fighting over Wizkid’s towel.

Last week, we reported the hilarious story of three fans who fought over a jacket Wizkid threw into the crowd. At first, they couldn’t agree on who will take the jacket, but they later came up with the solution of splitting the Jacket into three equal halves.

This afternoon, a video featuring four girls fighting over Wizzy’s towel hit the internet. Apparently, they all attended his show in Houston and were fortunate to have caught the towel when he flung it into the crowd.

Unsurprisingly, the girls couldn’t agree on who caught the towel first and were videoed struggling for it. Someone finally came up with the brilliant idea of using a lighter to divide the towel into four parts.