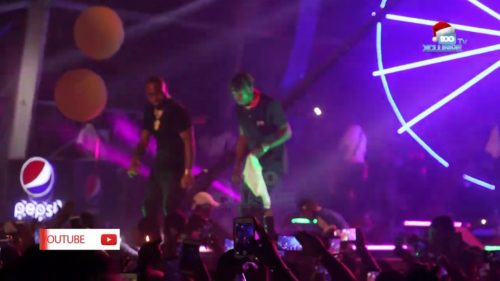 Zlatan became emotional and inspirational on stage at Davido’s recently held concert as he shared a testimony of his elevation in the Nigerian music scene.

The Zanku rapper gave thanks to Davido for helping him find a feet in the Nigerian music industry. Zlatan revealed last year when he came for a performance at Davido’s concert, he took to the show area a Siena car which he parked far away from the venue in order not be laughed by trolls. But this year he revealed he came with a brand new Range Rover Sports which cost millions of naira.

“Watch Zlatan Share Testimony Of How Davido Elevated Him At “A Good Time With Davido” Concert In Lagos”, 4 out of 5 based on 7 ratings.