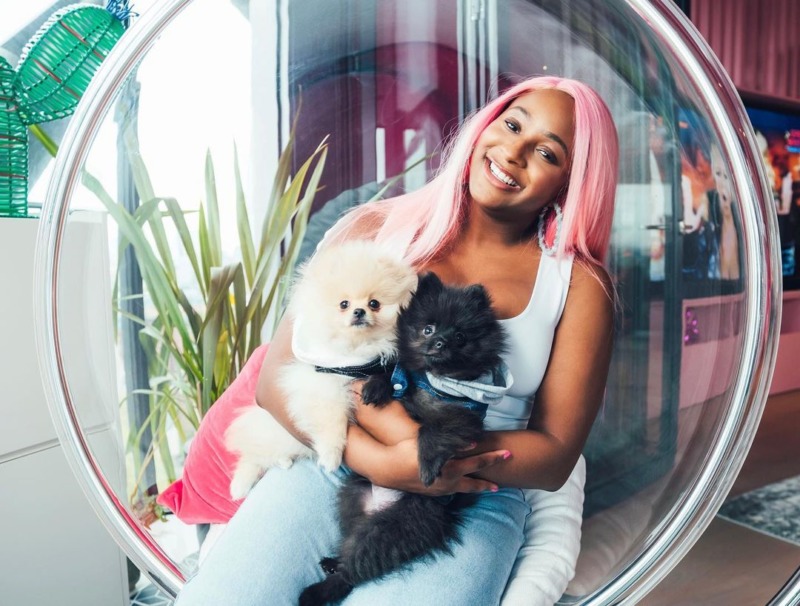 Potential boyfriends, get in here! This is for You…

Nigerian entertainer, Florence Otedola, well known as Cuppy, has revealed that the way to her heart is through her Pomeranian puppies, Du Du and Fun Fun.

The controversial DJ took to her Instagram story to share that she won’t date a person who her babies don’t like or approve of. According to Cuppy, a relationship is a big no-no if her influencer dogs dislike her future boyfriend.

Cuppy proudly shared that Dudu and Fun Fun are gradually becoming bigger influencers than herself and she’s more than happy about it. 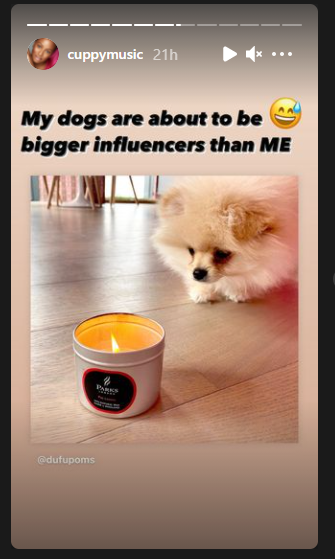 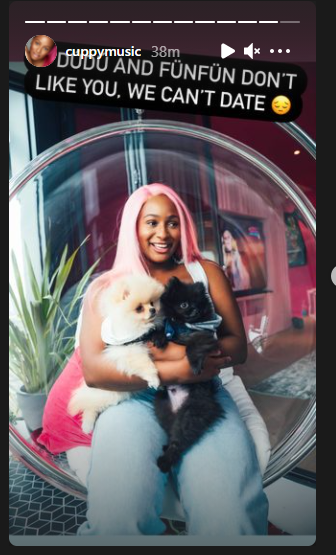 This is not the first time Cuppy’s puppies have made headlines since she bought them. Recall we earlier reported that Nigerians were sending her pups their account numbers with the hope that Cuppy will see and eventually send them money (see post here)

We sincerely hope this information is not coming late for Samuel, who we reported was planning to abandon his surname to take Cuppy’s surname (Otedola) when they get married (see post here)