What Beef? Yemi Alade Joins Tiwa on Stage at her “Savage” Concert 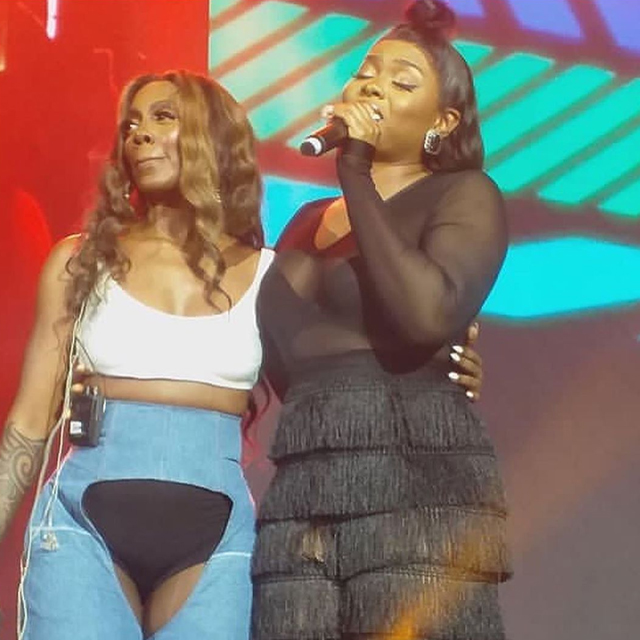 Nigerian singer and Afro-pop Queen, Tiwa Savage has put a hush on the lips of fans who fuel rivalry with her colleague Yemi Alade.

Yemi Alade and Tiwa Savage bear no grudges with each other, contrary to rumours. The two Nigerian stars exploded the rumour on Monday night when Alade joined Tiwa at her Everything Savage concert at Eko Hotel and Suites.

A video posted showed Tiwa announcing her thrill that Alade heeded her invitation to the concert. Moments later the two singers were locked in a bear-hug embrace. Yemi Alade and Tiwa performed “Oh My Gosh”, “Na Gode” and “Johnny”.

Recall that Yemi Alade had hinted that it was the fans who stir up the feud between them.

“What Beef? Yemi Alade Joins Tiwa on Stage at her “Savage” Concert”, 1 out of 5 based on 74 ratings.