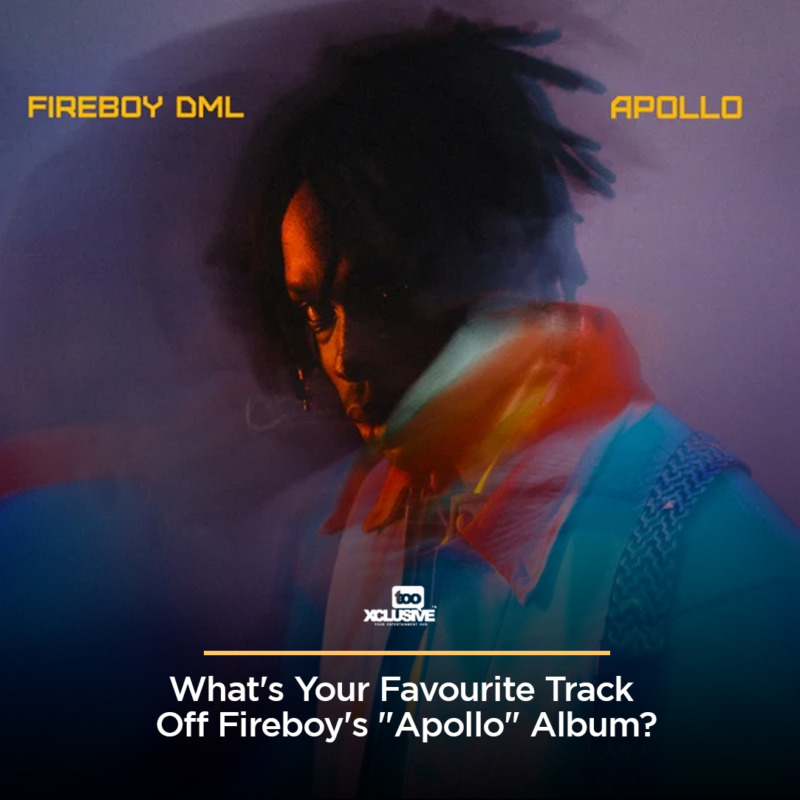 In 2019, YBNL’s Fireboy DML released his critically acclaimed debut album “Laughter, Tears, and Goosebumps”. The album which comprises 13 tracks and doesn’t feature any guest artiste became one of the best albums released in 2019 and has become a staple in the Nigerian music scene.

Still enjoying the success of the album, Fireboy returned with his sophomore album titled “Apollo” named after the Greek god who is recognized as the Olympian god of light, truth, prophecy, poetry, healing, and music. According to the singer, the debut was a dream, he showed the real Damola and perfection and on this new album, he intends to show how much of a god he is. The talented singer-songwriter vows to aim high.

Days later, fans are still marveling at the awesomeness of the album, how intentional he was on the album, how magical tracks like ‘Tattoo‘, ‘Champion‘, ‘God Knows’, ‘Favouite Song’ and ‘Remember Me‘ are among others. This has brought us to ask our fans and readers, Have you listened to the album- APOLLO? What’s Your Favourite off the Album?, Which track has been on Repeat, the one/ones you connected to?

Olaosebikan Olabimpe is a News Writer and Content Creator at Tooxclusive. Her idea of a great day is to be indoors snuggled up with a book and good music. She is also a passionate lover of rap.
Website
Submit your comment
69 total pingbacks on this post
VIDEO OF THE WEEK