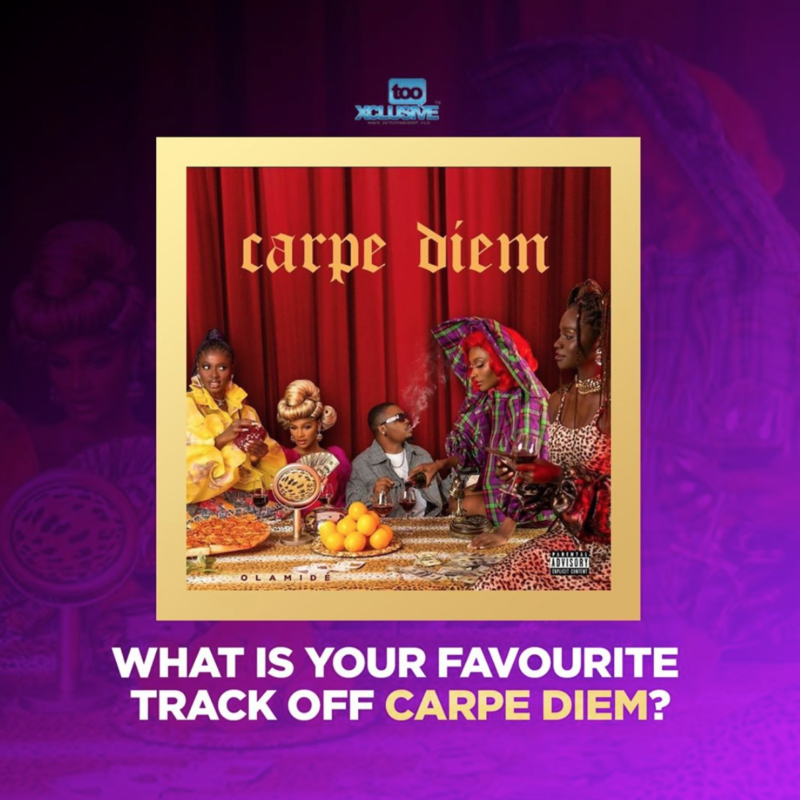 On the 8th of October, 2020 sensational rapper and YBNL boss, Olamide released his 10th studio album “Carpe Diem“. The Latin phrase which means “seize the day” was used by the Roman poet Horace to express the idea that one should enjoy life while one can. The 12-track album features new wave artistes like his signee, Fireboy DML, Omah Lay, Bella Shmurda, Bad Boy Timz, and industry heavyweights; Phyno and Peruzzi.

The album was produced by Pheelz, ID Cabasa, VStix, Young Jonn, and P Prime. It is also his first body of work after signing with American distribution company, EMPIRE as he released his 9th album “999” earlier in the year.

So far, the album has received rave reviews with Airplays and we’re sure our TX fans and readers have gotten attached to some tracks on the album. This has brought us to ask….  Have you listened to the album ‘Carpe Diem‘? What’s Your Favourite off the Album?, Which track has been on Repeat, the one/ones you connected to most?

Olaosebikan Olabimpe is a News Writer and Content Creator at Tooxclusive. Her idea of a great day is to be indoors snuggled up with a book and good music. She is also a passionate lover of rap.
Website
Submit your comment
30 total pingbacks on this post