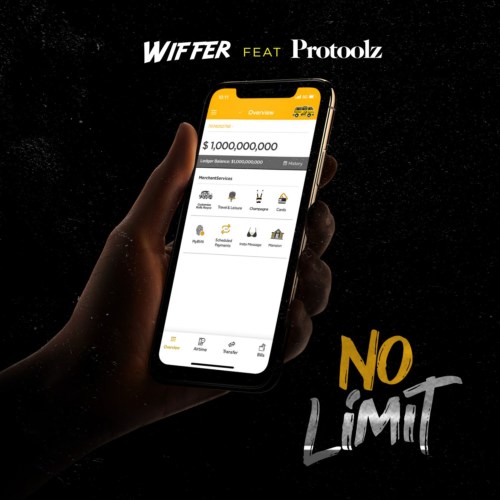 Famzy Entertainment front artiste Wiffer teams up with Protoolz to usher this new hit single titled “No Limit”, produced by Sonuckz and Guitar by Fiokee.

Starting his career in 2015 while in school, then rising to stardom after signing into Famzy Entertainment and dropping his major hits ‘Bulldozer’, ‘Nwa Otuu’ & ‘Forefathers’.

His new track ‘No Limit’ brings the tempo high for a new vibe and shows the versatility of Wiffer in his career. The track comes with a unique Amapiano rhythm and on it, Wiffer talks about how we all have great goals we tend to give up on. He also tells us to hold on a little longer as to achieve our plans.

This new song is promised to take you to a new rhythm of “beta gbedu” being backed by an awesome production from top Nigerian producer Sonuckz, mixed and mastered by DJ Smath and guitar by Fiokee.

The rapper has proven that this is not a show business to him, but a passion fuelled career that he plans to take it to the top. Ushering in a new era of great music to the industry, the artiste Wiffer with his commitment is gradually redefining music, a beat at a time.

Quotable Lyrics
The downfall of a man
Is never the end of his life
My days are numbered on earth
With few years ahead
I’m living with full offence
My sins I can’t forget
Your soul and fame, tell me
Which one do you select?
Calculate yourself the more you make a move
Appreciate yourself before you think you gonna lose
Suffocate your enemies
Believe in what you do…

Listen and Enjoy the song below