“Without Drake, Nobody Knows Wizkid In America” – US Music Expert Reveals || Watch Video 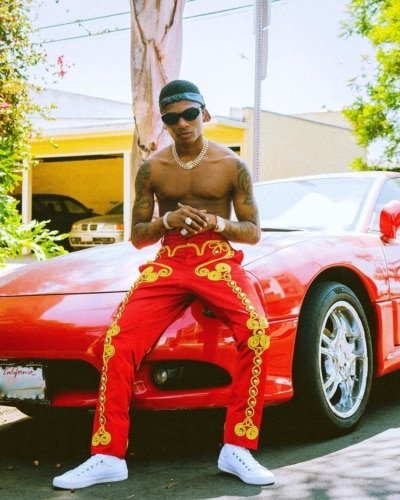 In a round table in which 4 music pundits were seated, it was discussed that Wizkid is not a known music figure in America and in fact that if it were not for Drake, No one would know ths Afrobeat superstar in the states.

This discussion has however gotten on the nerves of music fans and especially Wizkid fans across Nigeria and they have revealed what has been discussed in the video is total gabbage and that the starboy is a well known artiste all over the world.

“”Without Drake, Nobody Knows Wizkid In America” – US Music Expert Reveals || Watch Video”, 5 out of 5 based on 1 ratings.

Nifemi is a graduate of the University of Lagos. He's a unique user of the pen when it comes to the expression of whatever. He is editor-in-chief of the organization and also a writer of news, articles, editorials and a lot more to help expand the level of knowledge of the readers and simultaneously have them entertained. A lover of music and football is who he is and a Man Utd die-hard.
Submit your comment
14 total comments on this postSubmit yours
VIDEO OF THE WEEK
Popular Posts