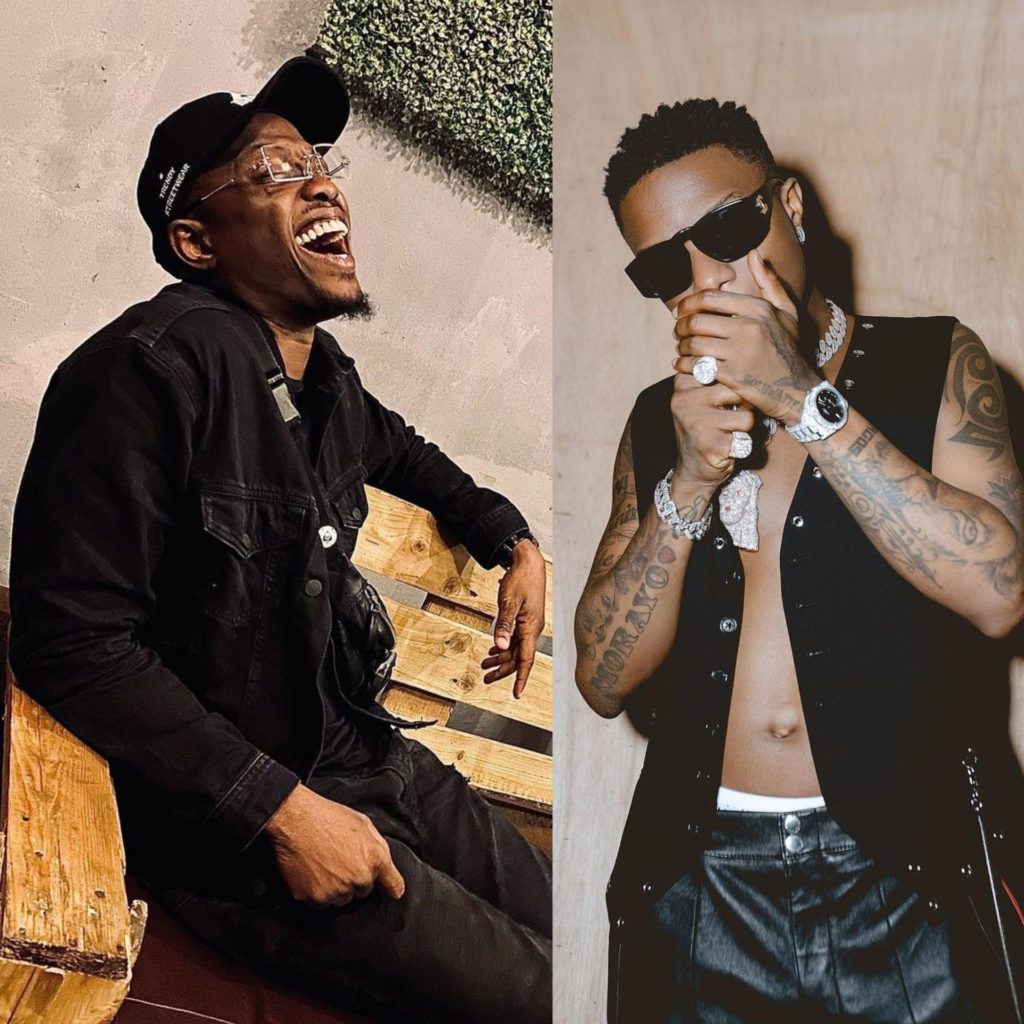 On the 13th of September, Vector and Wizkid found themselves on Twitter trends table.

Twitter went into a frenzy after a tweeter identified as Gboyega  Adeola posted that Vector’s song featuring Goodgirl, ‘Early Momo‘ would have been bigger than Wizkid’s ‘Essence‘.

According to Gboyega, the song is obviously better than Essence and would have gained more recognition if it was promoted like Wizkid’s song. He averred that Vector and his management were lazy and stingy in promoting the song, unlike Wizkid’s manager, Jada, who helped Wizkid record a Major Hit.

As expected, Wizkid’s FC wasted no time in trashing his opinion. They reminded him that Essence is by far better than Early Momo without the promotions. They advised him to tell his fave, Vector, to provide funds to promote his song like Big Wiz did- Do am if e easy… 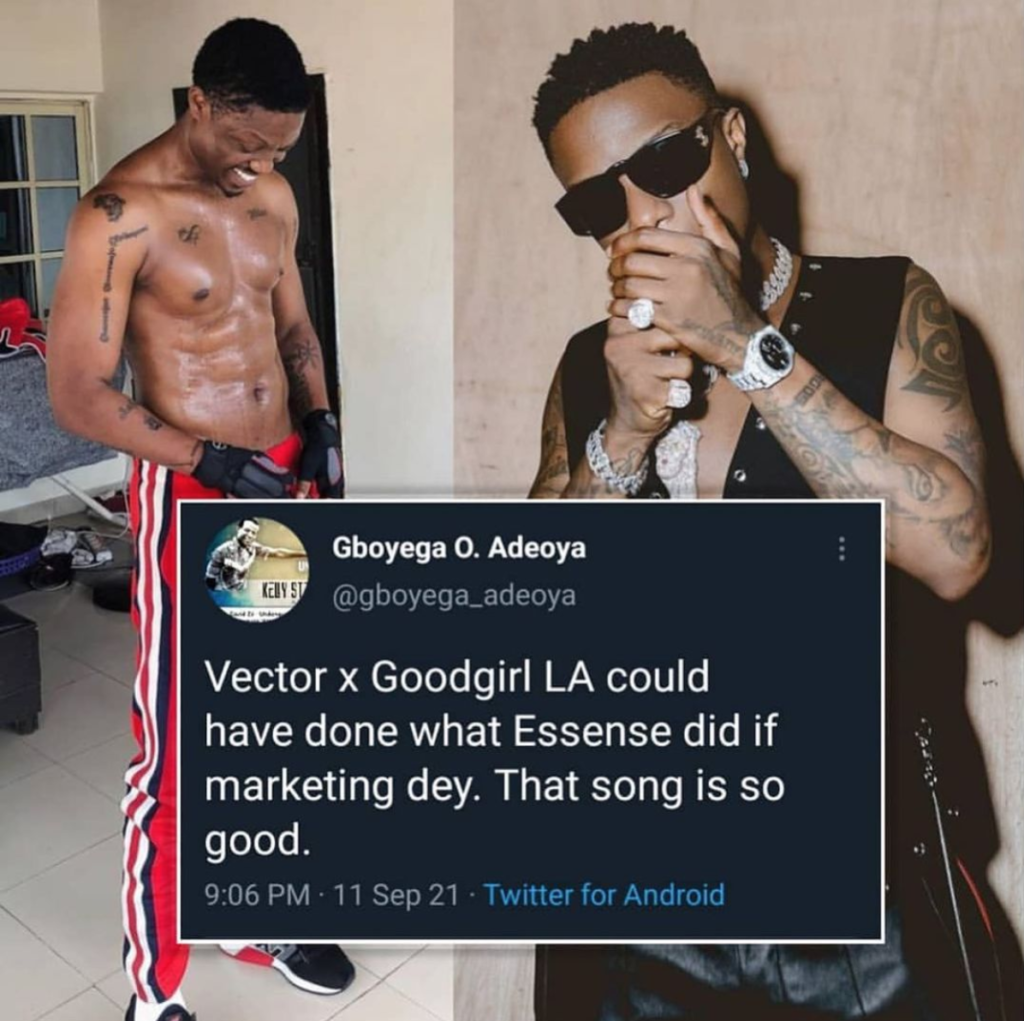