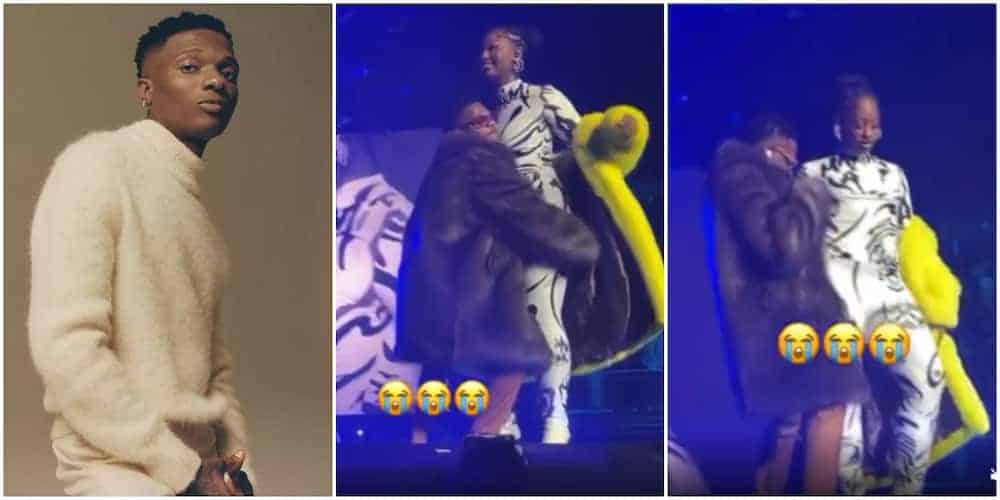 Nigerian talented musician, Tems has finally spoken up following the controversial video of herself and Big Wiz that went viral yesterday.

Yesterday, the internet went wild after a video of Wizkid trying to lift Tems up, while they perform at his O2 Arena show made its rounds. Apparently, Big Wiz tried to lift Tems up, but she nicely declined, which suggested quite a number of things to fans of both music stars.

As matter of fact, that moment was fast turned into a meme, and people soon started to use it in several instances.

Nonetheless, Tems got the chance to speak about the issue while performing at her soldout Lafayette show in London, letting her fans out there and concertgoers know that Wiz is her brother and someone she looks up to, above all, they are both humans and her love for him will never change.