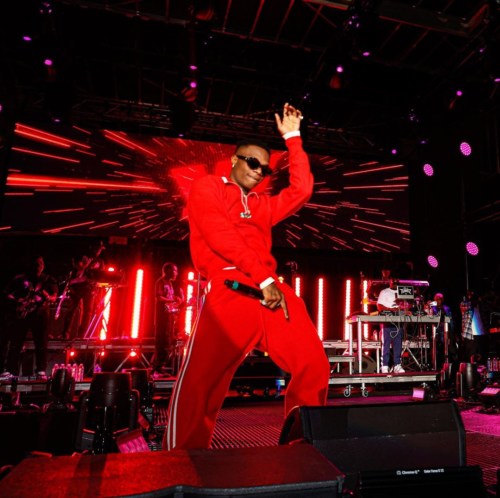 Another day, another win for Wizkid.

Big Wiz has broken a major record of the popular music streaming site, Audiomack. The No Stress singer has become the first African artiste to reach 300 million streams for one album, Made in Lagos.

Audiomack took to their official Twitter page to celebrate Wizkid’s win and shower him with well-deserved praises. They also presented a Plaque to Wizkid who shared a photo of it via his IG story.

This accomplishment is coming a week after RIAA presented him and Tems a Platinum plaque for ‘Essence’ selling over a million units and days after Essence’s remix debuted at 10 0n Billboard Hot 100. 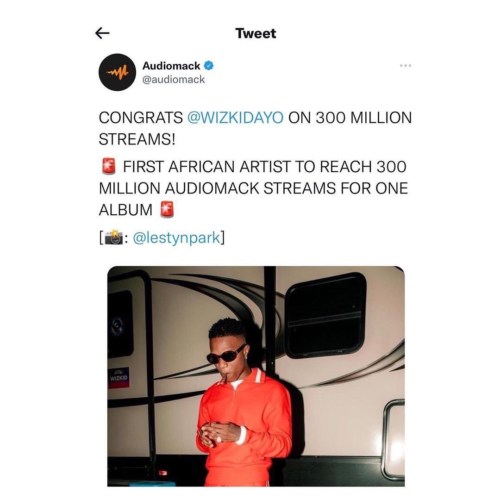