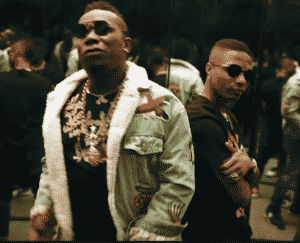 Ace producer, K-Solo stated that Wizkid brought back Duncan Mighty to the consciousness of music industry.

The producer made this statement during a recent interview. Duncan Mighty used to be a big deal in the music industry but for a while he was absent from the mainstream music scene. It wasn’t until the release of Fake Love that the Port-Harcourt first son bounced back.