Wizkid’s “Joro” VS Teni’s “Billionaire” – Which Is A Hotter Jam? 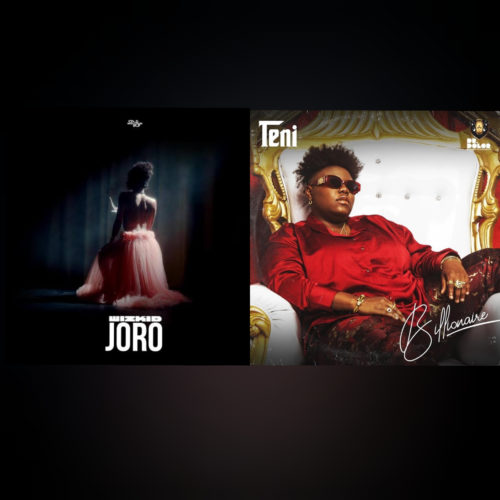 While “Joro” is a mid-tempo jam that sounds spiritual and sexy, “Billionaire” is a fast-tempo jam that is made for the dance floor. Irrespective of how both songs sound and the kind of pattern in which they have been made, they have been accepted by vast majority of Nigerian music listeners and their African neighbours.

However in the spirit of competition we have decided to seek your opinion on which you think is really making it for music fans at the moment. We would like to know which the hotter jam is at the moment.

Wizkid’s “Joro” VS Teni’s “Billionaire” – Which Is A Hotter Jam?

Nifemi is a graduate of the University of Lagos. He's a unique user of the pen when it comes to the expression of whatever. He is editor-in-chief of the organization and also a writer of news, articles, editorials and a lot more to help expand the level of knowledge of the readers and simultaneously have them entertained. A lover of music and football is who he is and a Man Utd die-hard.
Submit your comment
11 total pingbacks on this post
Click here