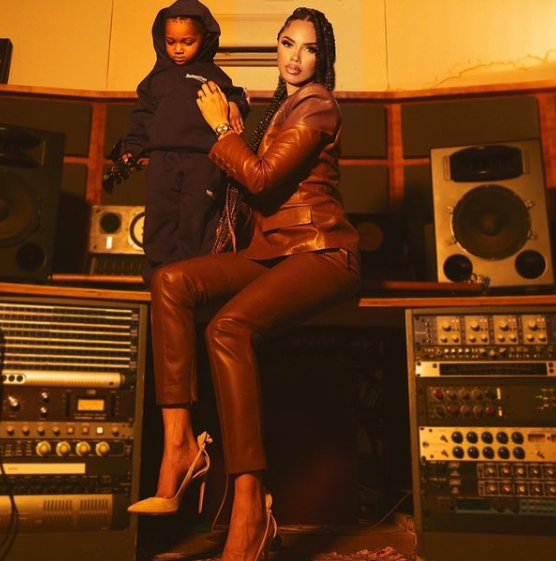 This is coming hours after photos of the Golden Plaque hit the internet without an official statement from Wizkid or his team. Apparently, Tufab was assigned the task of picking up the award and delivering it to Wizkid. Out of excitement, Tufab opened the box, took photos of the plaque and posted it on his Instagram page. 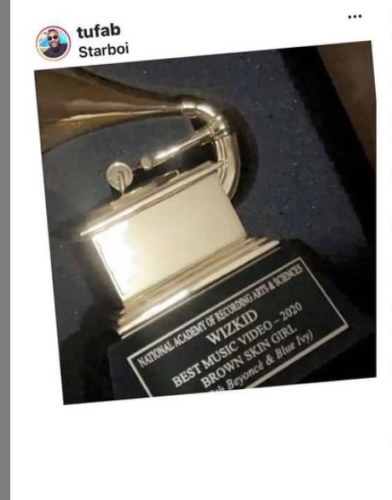 Many who came across the post screen-captured the plaque and started reposting the photo with numerous congratulatory messages to Big Wiz.

Addressing Tufab’s role in the photos getting leaked, Jada called him out for having no respect or integrity. According to her, Tufab was asked to deliver the box, but he chose to open the box and take photos of it for the sake of Instagram likes. She told him to enjoy his moment of fame, but he should bear in mind that his actions weren’t cool and he might never be trusted again.

“Some people in life honestly have no respect & integrity. Why would you asked to deliver something and then take it upon yourself to open the box & post it. Where is the respect! But have your moment, like and comments. Just know this wasn’t COOL!“ 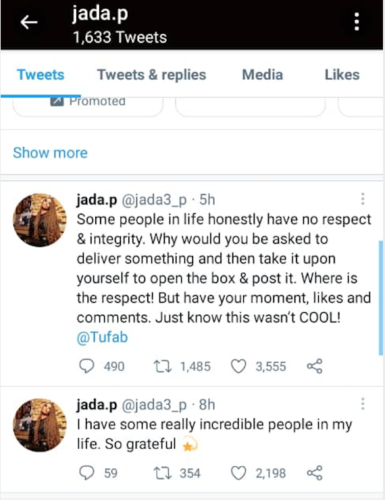