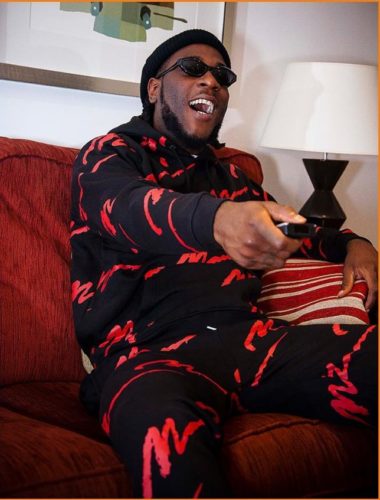 Grammy nominee, Burna Boy has shown off his shooting skills and we can’t help but be impressed.

The singer took to his Instagram story to share multiple videos of himself in a shooting playground. In the video, the “Anybody” singer could be seen showing off his shooting skills. Several of his shots hit the target and it could only mean one thing – Don’t mess with Burna when he’s with a gun.

The singer revealed that he would have been a high ranked officer in the army but unfortunately, he can’t deal with people ordering him. He captioned the video, “Just so you know, I could have been the number one shooter for the army but I don’t like taking orders”

“”Would Have Been The No 1 Sniper in The Army But I Hate Taking Orders” – Burna Boy Shows Off Shooting Skills”, 1 out of 5 based on 15 ratings.

Olaosebikan Olabimpe is a News Writer and Content Creator at Tooxclusive. Her idea of a great day is to be indoors snuggled up with a book and good music. She is also a passionate lover of rap.
Website
Submit your comment
4 total pingbacks on this post
Click here