Wow! Meet Mayorkun’s Twin brother, “Wole DSB” Who Is Even More Talented Than Him – All Thanks To Davido For Mayorkun’s Life though 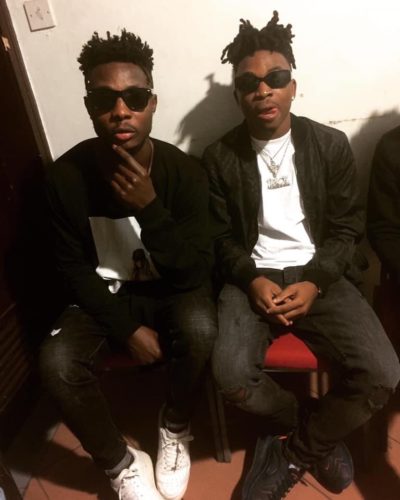 Just a few weeks ago after Mayokun dropped his latest single titled ‘On God’ which featured the9 likes of his label boss ‘Davido and label mate dremo, his twin brother “Wole DSB” took the industry unaware with this smashing hit single “Hook Up”

Incase you haven’t heard the name ‘Wole DSB’, now you know. He is a talented, versatile singer and songwriter. To say he is talented is an understatement. Wole Dsb is actually out to put many of the so called ‘A List’ Artist on the bench for a long time because he has come to stay.
In one of his tracks titled ‘PRAYER’, Wole DSB will definitely convince you that he is actually more talented than Mayorkun, Let’s keep popularity and sentiments aside and face the fact.
In one of his songs titled ‘PRAYER’, Wole DSB delivered an astonished lyrical content that will remain ever green in the mind of the music lovers and I mean good music lovers. We all know that good lyrical content is a rare thing in naija music industry, especially these days when artists are only singing about money, y**sh, lavish lifestyle and all.
We actually made our research about his profile after he dropped his latest smashing hit single titled “Hook Up” which dropped few days ago and already finding its way to the top. His smashing single dropped with a very interesting video directed by the ‘video oracle’ himself AVALONOKPE.
In our findings, Wole DSB happens to be the twin brother to DMW Finest Act “Mayorkun”. The two stars actually performed on the same stage for the first time at an event held in lagos and they both couldn’t hold their excitements. Although they are both signed to two different record labels (DMW and Special Recordz respectively), Should we now say that we have another set of twins in the music industry? If yes then who is better between both of them? hmmm….. We would leave that for you guys to judge in the comment section below.
Meanwhile here is a link to watch the video to woledsb’s latest song “Hook Up” below
[youtube]https://m.youtube.com/watch?v=sTUuxRy6fpE[/youtube]
After watching this video and carefully listening to the lyrics of this song, you can actually agree without sentiments or a bias mind that Wole DSB has got the potential to dethrone the likes of Fireboy, Joeboy, Rema from the rank of most promising artist and of course the next rated artist in naija music industry if care is not taking.
Tags: Mayorkun NewsWole DSB
Share174Tweet109Share44
Previous Post

The Mayor of Lagos has joined the Bling Bling clique of customized face pendants. Mayorkun hopped on Instagram to update his...