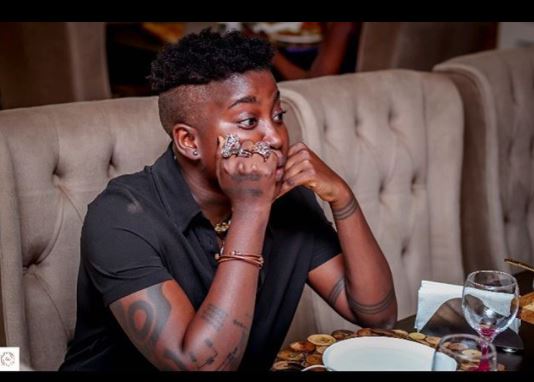 The “Afefe” singer in a series of tweets called out Olamide for ruining her career. According to her, she recorded 3 albums and multiple singles that were never dropped by the label. She added that she had shows that were stopped for no reason. Temmie also claimed that the careers of Chinko Ekun, Xino, Lyta, Davolee, Picasso, Yomi blaze, Limerick also had their careers damaged by him.

However, in a new tweet, Temmie revealed that they had a meeting and their differences has been settled. Temmie added that they were still family. She wrote; “I had a meeting with @Olamide and all issues have been resolved. Still Family, Always”

I had a meeting with @Olamide and all issues have been resolved.
Still Family, Always? pic.twitter.com/LhRLBdcsyR

Ex YBNL Princess, Temmie Ovwasa has shared reasons she will not be turning straight anytime soon. In a recent series...