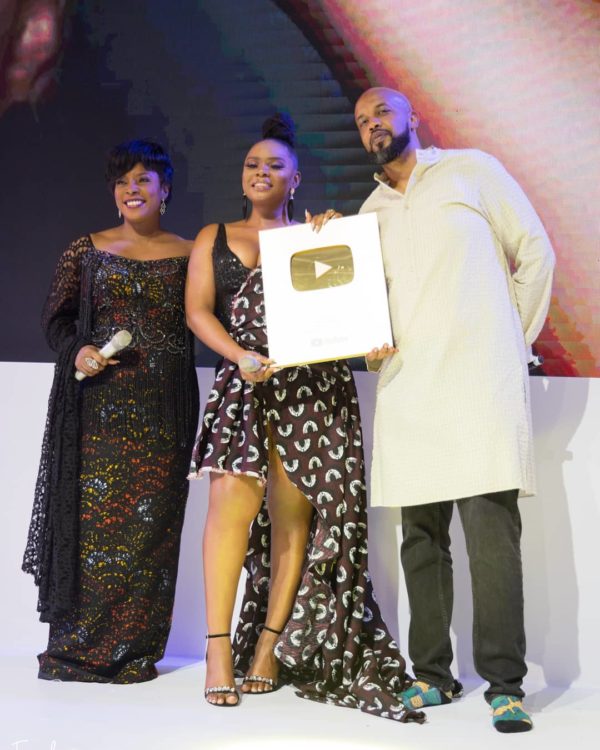 The YouTube Global team who are currently on a visit in Africa have been meeting key players in the Pan-African region to honour them for adding digital value to the growth and development of digital music.

Yemi Alade who recently collaborated with American singer Beyoncé on her most recent album “The Lion King: The Gift”, received the award from YouTube during a grand ceremony, barely one month after becoming the first female Afro-pop/Afrobeats artiste to garner over one million YouTube subscribers. Yemi Alade is currently gearing up to release her fourth studio album titled “Woman of Steel“. 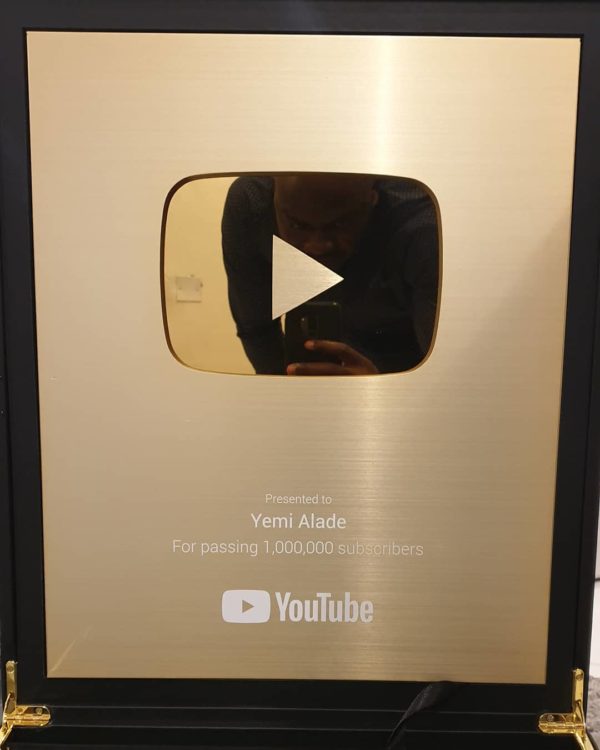 “Yemi Alade Gets YouTube’s “Gold Play Button” Award”, 5 out of 5 based on 1 ratings.