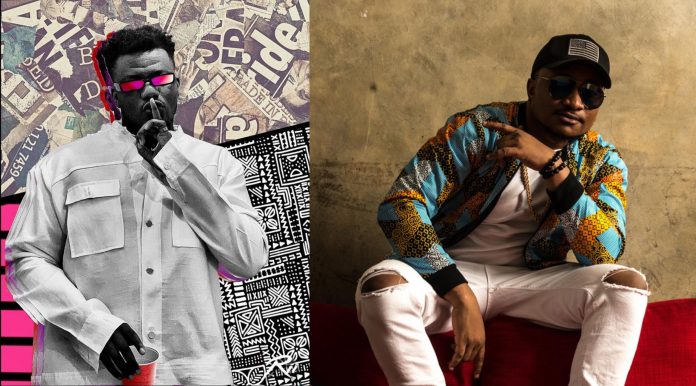 Nigerian ace producer, Masterkraft has encouraged Pheelz to work harder in order to reach his level in the future.

The two producers battled it out on Instagram with their catalog of hit tracks and it was the second version of the Battle of hits which was started by Sarz and Shizzi a few days ago. After the battle, Masterkraft had a few things to say to his opponent. Taking to his Instagram page, the producer hailed Pheelz for putting up a good fight and acknowledged his talent. He, however, wants him to know that they are not on the same level and wants him to work harder. He wrote: “U are gifted bro but me and you no be mate. Work harder!!”