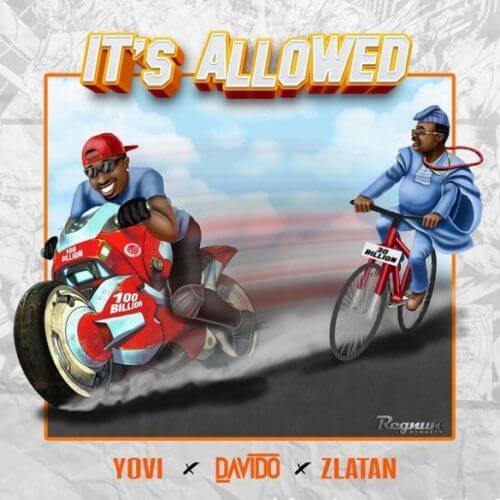 The talented singer started the year on a good note with his first single, “Holy Water” (an inspiration drawn from Wizkid) which rocked music charts and airplay. He later delivered two singles ‘Sugar Baby‘ and ‘Shokolate‘.

To bless his fans with a cool dance and inspirational song that advises youth on overtaking those at the top front of success, Yovi releases his joint record ‘It’s Allowed‘ featuring Davido and Zlatan as produced by Rexxie. This record was said to have been recorded earlier this year when he met with OBO.

Fiokee did additional strings to this jam… Listen and Enjoy!