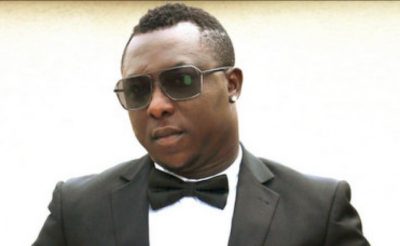 Nigerian singer, YQ has called out Nigerian media houses for not including Dagrin in the artsite of the decade list.

YG happens to be one of the good friends of the late rapper before his untimely death, The singer took to social media to criticize media house for omitting the singer’s name from their respective lists. According to him, Dagrin was and is still one of the biggest artistes in the country and should have been on the list. He explained that Dagrin’s legacy has to be respected and protected.

I am not trying to start any drama, I’m just going to say I saw a list or a compilation of 50 best artistes of the decade and Dadrin’s name is not there. In 2009, he was pumping, in 2010 he passed on but his name is still there. Every year he’s being celebrated and I don’t see any reason why he shouldn’t be in that kind of list.

“I am not saying everybody that’s there don’t deserved to be there, I respect everybody.When I’m out partying and they play anybody song I dance to it, I vibe to it because that’s part of the movement.

“There has to be that respect. Protect the legacy. I don’t know what you want to say, it’s just like compiling a list of rappers of all time and 2pac and Biggie are not there because they are no more, Common! Let’s try. If you want to argue, just tell me the reason why Dagrin is not supposed to be there. I am not trying to start a drama, I’m just trying to protect the legacy and that’s what I have to do. I know I’m doing the right thing. If you feel this offends you in any way, my apologies, but this is what I have to do, forget about my own side now, we will come to that”.

YQ calls out media houses for leaving out Dagrin’s name in the list of artistes of the decade.