Zinoleesky’s “Kilofeshe Remix”…. What Do You Think About ‘Busiswa’ On The Song? 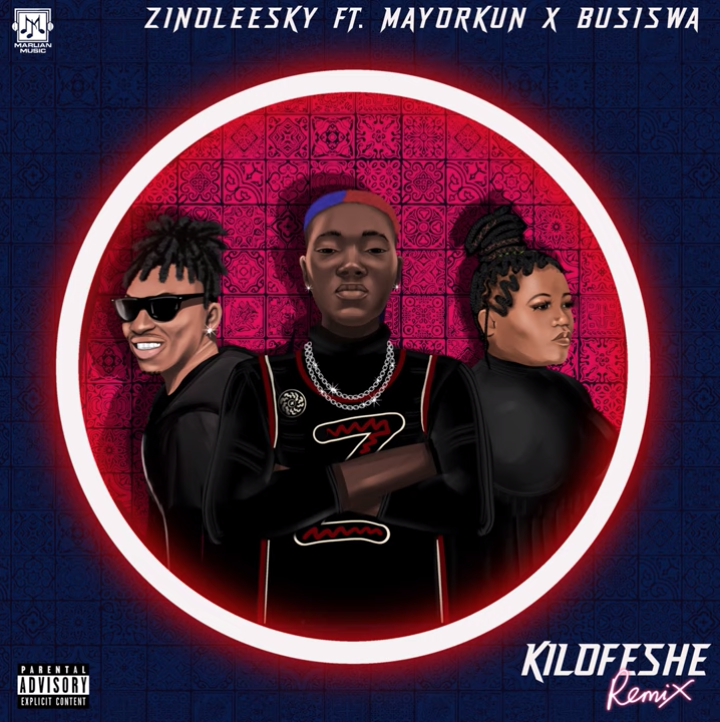 Kilofeshe is one of the biggest songs of 2020, it was full of vibes and the beats were on point. The Remix which was highly anticipated by loyal fans was expected to be Better and Hotter due to the artists being featured on it, did it turn out that way?

Personally, there’s was no need for a remix. Zinoleesky already won the hearts of millions with Kiliofeshe single, he delivered exceptionally well and it didn’t take long for Kilofeshe to become a hit. One might wonder if he remixed the song for more ginger or swag which the hit song obviously wasn’t lacking.  The Mayor of Lagos, Mayorkun didn’t disappoint one bit. His verse was fire, he blended perfectly well into the song, that you can’t help but wonder if the song is originally his.  And Busiswa, Hmmmmm……

The South African Rapper, Busiswa was also featured on this song. The rapper was apparently featured to drop fire rap lines, but what she did on her verse is completely unexplainable. Many feel that Busiswa wasn’t needed on that Remix at all. She killed the vibe of the song, the rhythm, and her lyrics would have been more related if it were to be in English. Busiswa is an amazing rapper, but I feel Kilofeshe was definitely not the Song for her.

Tell us, how did you feel about Busiswa’s verse? Was she really needed on the song?

Olaosebikan Olabimpe is a News Writer and Content Creator at Tooxclusive. Her idea of a great day is to be indoors snuggled up with a book and good music. She is also a passionate lover of rap.
Website
Submit your comment
6 total pingbacks on this post
Learn More