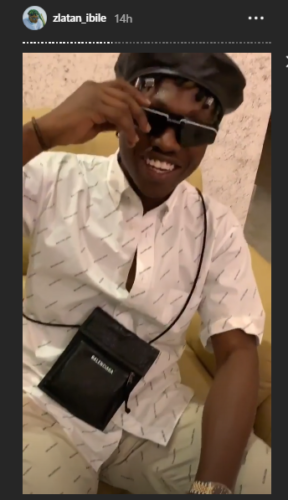 Zlatan has been served his own fair share of banter as a friend of his put him on record while sleeping with his mouth widely opened.

The Zanku crooner who is known to be a big player in such games was caught defenseless and seriously attacked.

“Zlatan Caught While Sleeping With His Mouth Widely Opened || Watch Funny Video”, 5 out of 5 based on 1 ratings.