Zlatan Reminisces On 2015 Headies Clash Between Don Jazzy & Olamide, Thanks God For His Position Today 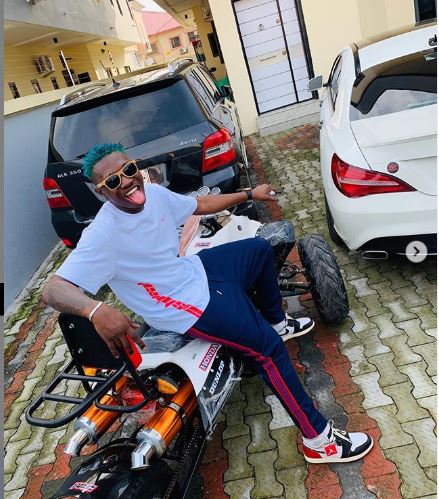 Zlatan has taken his time to reminisce on a particular event that happened four years ago on the Headies award stage and also to thank God for where he currently is since the event.

A Twitter user posted a video of one of the most unforgettable nights in the history of Nigerian music. The video is about the clash between Olamide and Don Jazzy at the Headies award in 2015 after Reekado Banks won the Next Rated award over Lil Kesh, Kizz Daniel and Cynthia Morgan. Olamide got angry and vented his frustration on stage claiming Lil Kesh should have won the award because he was most deserving of it. Don Jazzy however responded in the most ridiculing form, telling Olamide if the car prize attached to the award is his problem, he should meet him to collect it.

On seeing the posted video, Zlatan revealed he was present in person that day watching live how everything unfolded. He revealed also at that time noone knew him at all but today, he is now a renowned person.

He wrote; “I witnessed this live some years ago!! Nobody sabi my papa!! See me today GLORY BE TO GOD”

I witnessed this live some years ago !! Nobody sabi my papa !! See me today GLORY BE TO GOD https://t.co/QRMdEPOUGe