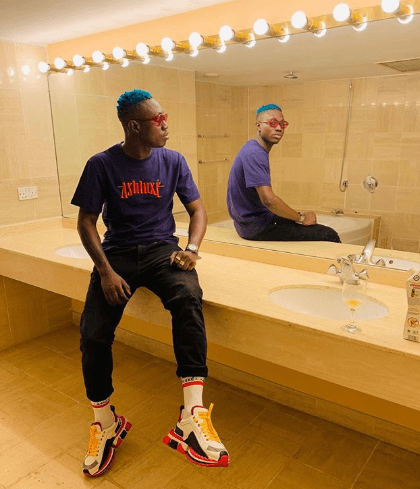 The internet went crazy with the reemergence of Obsere’s 18-year-old hit track, “Egungun Be Careful”  and the Zanku boss popular known as the King of Trends took advantage of the buzz on Fuji star Obesere to do a remake of the track. A snippet of the track was leaked and fans went wild and begged the singer to announce a release date.

Now it appears the Zlatan is ready to put fans out of their misery as he has announced that the track would be released on the 20th of March, 2020. aking to his Instagram page to make the announcement, he wrote: “Are you all ready ?? 20/03/20 #EGUNGUNBECAREFUL”