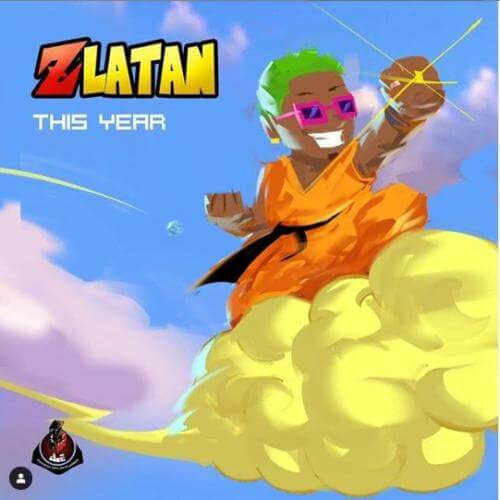 Zlatan “This Year” is a very fine sound in which the singer has really revealed with his lyrical vibes that no matter how his enemies try to stop him from being successful that he will continue to prosper and make money while they keep on hating on him.

Without relaxing Zlatan bounces back with a new banger (Zlatan Abeg No Kill Us) “This Year“. He taps on his favourite producer, Rexxie to deliver a banging beat for his inspirational record. On “This Year” Zlatan says he will continue to prosper and make more money while others are eating and sleeping.

This is another great move for the street hitmaker by blessing our ears with this kind of music which has really made him different with kind of music being the street vibes. Zlatan Ibile continues to shine despite his continuous hostage by the EFCC for Fraud and crime allegation. He’s certainly here to stay and leave his marks on the Nigerian music industry.
Listen and Enjoy!!! Aayin!!!