12 Nigerian Songs You Should Listen To This Week 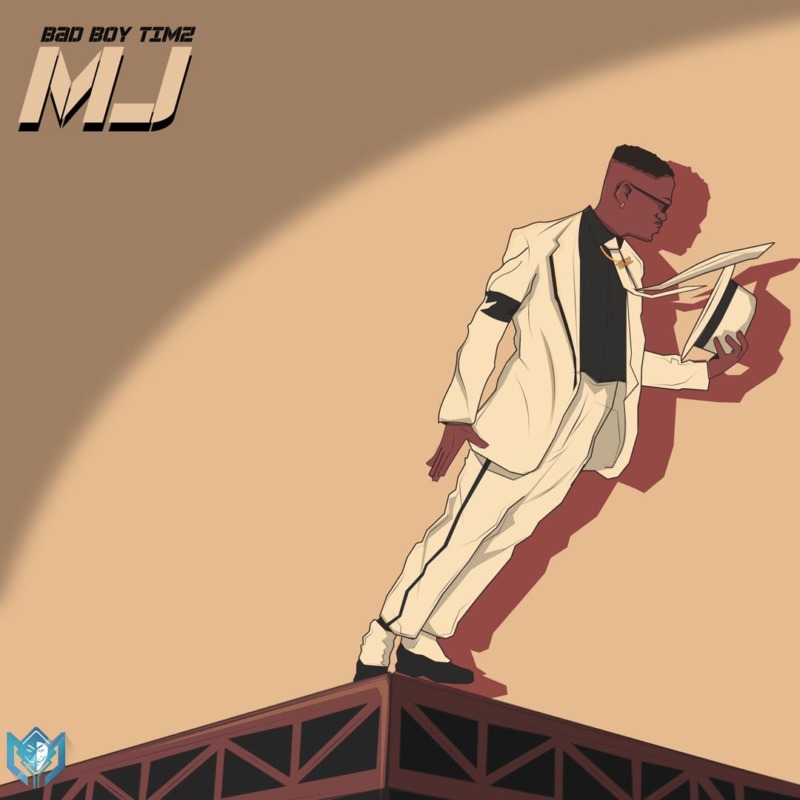 Welcome to another edition of Nigerian songs you should listen to during the week. This week’s article features; DJ Neptune, Omah Lay, Joeboy, Dice Ailes, Adekunle Gold, Wande Coal, Bad Boy Tims, Ladipoe, and 2baba.  Every week we bring to you music that’s hitting speakers and climbing charts, songs that would put you through the week.

These tracks are from the heavy hitters, the newbies dropping gems, and of course the veterans. Here’s our round-up of the 12 best tracks that came across our desks.

Dj Neptune released this smash hit which is off the highly-anticipated body of work “The Greatness II [Sounds of Neptune]“. This laidback bop sees DJ Neptune, Mr Eazi, and Joeboy pay a fun homage to the late king Pop Micheal Jackson giving off Micheal’s famous crotch-grab, moonwalk, and a few kicks here and there. You can’t help but love this tune because it’s highly addictive and never gets boring.

With just a few tracks to his name, Omah Lay has captured the hearts of millions of music lovers.  Omah Lay who writes and produces most of his records came through with the infectious “Bad Influence“  and is arguably the next big thing in the music industry. The song which is still receiving massive streams is about a love story that ended in tears. Omah curses his lover for being a bad influence on him and also for leaving him lonely and bitter. This is one experience most people can relate to which makes it more exciting to listen to.

Empawa pop artiste, Joeboy flexed his bad boy muscles on his first single of the year, “Call”. The singer showed a more daring and bold side of himself in the track where he tells his lover to call on him no what happens. The track is accompanied by striking visuals set in a dystopian era where Joeboy rushes to save his woman trapped in a school bus as a raging storm approaches. This shouldn’t be missing from your playlist.

Nigerian Songs You Should Listen To This Week wouldn’t be complete without this track. This track is literally played everywhere and even the unborn babies seem to enjoy it. Simi’s melodious voice on the Oscar produced record is still the number one song in the country at the moment, climbing charts like never before. We all used to think it was a song for lovers but it’s accompanying visuals gave listeners a deep understanding of the message Simi is trying to pass across.

It speaks about the bond between a mother and her unborn child; it shows that a mother’s love is unconditional and unwavering. Notwithstanding, as we have always emphasized, the song can also be enjoyed by everyone including lovers so you don’t have to be a preggo or a mother to vibe to the song.

Dice Ailes and Olamide scattered speakers with the release of this addictive afrobeat/afropop jam. This served as Dice’s comeback to the music scene after his feature on Falz’s Alakori”. Dice came with a different flow and Olamide as usual delivered some hit bars. This Crakcer Mello produced joint is another potential banger you need to listen to this week.

This is the singer’s second song on Nigerian Songs You Should Listen To This Week and it can only mean one thing- Omah Lay is blazing hot.  The track is off his buzzing new debut music project- “Get Layd”  It is the first track on the 5 track masterpiece EP. The song talks about girls that love jonzing guys, bad boys that have nothing better to do with their lives,  the Junkies, and the online “runners”. This tune is a realistic one that the new generation can relate to.

Everyone’s baby who recently git his own baby switched genres again with the release of “Something Different”. The track produced by Blaize Beats  Adekunle woo his lover in a more gentle and sexy manner. The tune is a blend of highlife and Afropop with a dash of highlife and jazz. The beat accompanied by trumpets and Saxophones is one sound that the eastern folks can relate to and can also be enjoyed by all. Its official music video which was released recently would definitely make you want to have a listen.

Mr W returns to the music scene with a track that offers a nice change of pace that will most likely make you want to sing along. The singer talks about his undying feelings for his lover, infusing his melodious rhymes to express his profound love for his girlfriend. Wande Coal’s sonorous voice on the song was quite exceptional and clearly unrivalled. If you like

Fast-rising artiste, Bad Boy Timz stunned the music scene with a unique afrobeat tribute to late King of Pop, Micheal Jackson titled “MJ“. “MJ” wasted no time in climbing charts even without a video, further shooting the singer into the limelight. Lyrics like “gbese bi ti Michael Jackson” tells you its that a bop for not just steppers but even those that like to catch “cruise”.Even MJ himself would definitely love to bop to this.

With this track, the fast-rising singer snagged a spot at the coveted top shelf of charts and since then he has shown no signs of slowing down. The Jam is from his recent six-track EP titled ‘Oxygene. Oxlade dropped the colorful visuals for where see the singer and his beautiful lover in a beautiful city elope from her angry relatives.

The underrated and underappreciated Mavin Wordsmith finally got his first big break with the release of this track. He didn’t do it alone as he recruited the sonorous Simi who is not new to duets or joints. This AfroPop/Rap record produced by Somi Jones is still one of the hottest joints in the music industry and most played songs in Nigeria across all digital platforms.

“Know You” talks about two strangers who want to be more than friends. They both feel something special for each other but tend to restrict their emotions because they still know very little about themselves but love still finds its way into their hearts. If you love sappy and mushy love songs, this is for you.

Nigerian Songs You Should Listen To This Week won’t be complete with 2baba. Body yen, po po, Body yen ko po, Baby tell me this your body yen, po po, Body yen ko….  “Opo” which means plenty is one of the most iconic collabs seen in the Nigerian music industry. Yes, we said that!  The two music icons delivered a smash hit that is still buzzing hard. This track which praises the beauty and figure of an African woman is a feel-good jam with a lovely vibe, melody, and catchy lyrics. It’s a fan favourite off 2baba’s latest album “Warrior“

What do you think of this week’s playlist? Do share your thoughts in the comment section below: