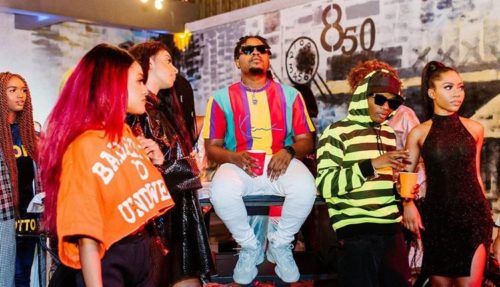 The party unbelievably played host to some of the biggest names of the Nigerian music industry. Wizkid and Phyno were present to celebrate with the talented singer as he takes a bold step to stake his claim in the music industry.

While the singing sensation was performing songs from the album, Wizkid, Phyno and Olamide united to vibe all through to the songs.

Our Starboy, Wizkid came alongside Olamide and Phyno for Fireboy’s album listening party. Was an entire vibe!!! pic.twitter.com/vZp2Ft2phz