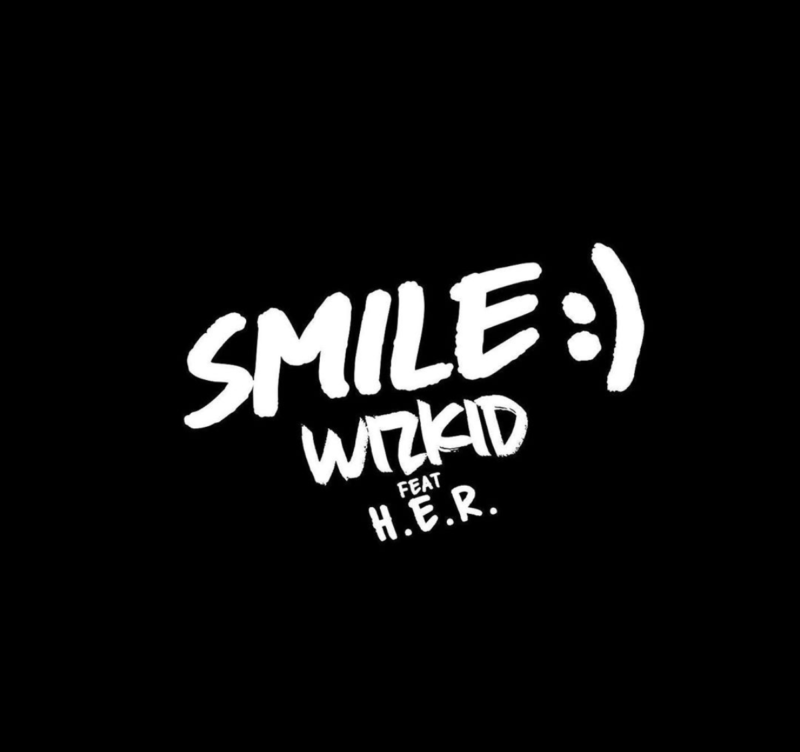 We’re sure Wizkid fans are feeling blessed and ecstatic right now. The release of “Smile” on his 3oth birthday which features American award-winning singer, H.E.R, has shown that “Made In Lagos,” one of the most anticipated projects in Nigerian music is really coming this year. It has also given them something to brag about to other fan bases.

The track has gotten positive reception from Africans and other parts of the world but we’re afraid that the track might not be a huge Hit in Nigeria. In this article, we would be examining why Wizkid’s “Smile” might not ‘blow’ and Top charts in Nigeria.

Trying out new things and experimenting with different sounds is a great idea but in a critical state like this and with the type of bopping sounds we currently jamming in Nigerian music industry, Wizkid should be out to recapture the hearts of fans with a groovy song. No doubt, the track is a perfect blend of Afrobeats and Reggae sung in English and pidgin (which he deserves an accolade for the delivery) but it is not what people especially Wizkid fans are waiting to hear. The track also has a vibe similar to “Joro,” “Body” some old cool leak songs and record off his 2019 “Soundman” EP. Fans want the ever blazing Wizzy baby at this point.

Right now the likes of Rema, Adekunle Gold, Omah Lay, Mayorkun, and many other artistes have songs climbing charts in the country. Their records are all groovy songs and “Smile” might be a huge turn-off. Summer is approaching and everyone is gearing up to turn up despite the coronavirus pandemic. We want that track with Burna Boy!! He needs to satisfy the locals too and not just eye the International scene alone.

We’re all guilty of singing a song we didn’t like initially. It’s hard to discern if it’s a catchy tune or the simplicity of lyrics, all we know is that, it ends up ringing itself in our brain, staying on repeat. Mayorkun’s “Geng,” “Of Lagos,” Simi’s “Duduke” and many other top charting songs are huge examples of this. Last year Wizkid gave us a catchy record ‘Joro‘ which did well and was loved by all (even-though some bashed it at first) cos of it’s catchy ‘Joro, Joro, Joro…‘ lyrics.

Nigerian music has evolved to a point where most songs have made it big with the help of catchy lyrics and sound. Nigerians love songs that can sing even without it playing and we know how this helps with Airplay and Streaming. In as much as we hate to say this, “Smile” has no catchy lyrics and we’re surprised because Wizkid always has something unforgettable to say and also knows how to hypnotize music fans with his vocals.

Eyes On The International Market.

Just like the songs on his “Sounds From The Other Side” album, “Smile”  is aimed to thrill the international market. The likes of the US, UK, Germany, the Caribbean, France, and other parts of the world would enjoy this track. To Nigerians, it might be boring or too different (an Afro-Reggae genre) but the foreigners would appreciate this sound better. H.E.R‘s impact on the track and the lyrics is a plus. “Smile” also gives the inkling that the “Made In Lagos” album is targeted for a world audience and not for Nigerians (or even the root, Lagosians) as the title implies.

Wizkid’s “Smile” is a great song but it’s not something Nigerians would really appreciate. Its Wizkid, the song would get streams and airplay because he’s got a loyal fan base that’s ready to listen to just anything from him. But would it top music charts for long in Nigeria? (amidst hot banging songs like; ‘Woman, Ginger Me, Something Different, Betty Butter, AG Baby, Bad Influence, You, MJ‘) We don’t think so. A music video would really help but we know how Wizkid does when it comes to videos…. *Fingers Crossed*

“3 Reasons Why Wizkid’s New single “SMILE” Might Flop & Not Top Music Charts In Nigeria”, 2 out of 5 based on 21 ratings.

Olaosebikan Olabimpe is a News Writer and Content Creator at Tooxclusive. Her idea of a great day is to be indoors snuggled up with a book and good music. She is also a passionate lover of rap.
Website
Submit your comment
18 total pingbacks on this post