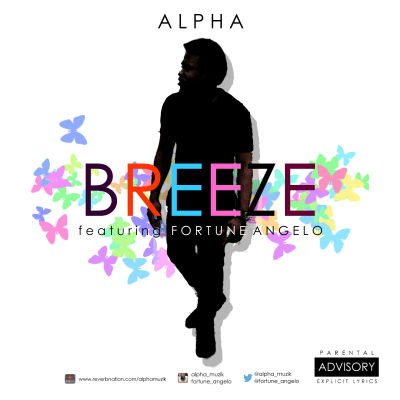 “Breeze” is a jazz and funk-influenced cut off rapper/producer Alpha’s third official mixtape, My Own Horns (The JazzRap EP). The song, as well as the entire mixtape, was produced by Alpha himself, and “Breeze” features singer/choreographer Fortune Angelo. The song was released as contained in “My Own Horns”, on Alpha’s birthday, April 22, in 2014.

“Breeze” looks at the topic of romance between the rapper and a lady who was not treated nicely in her past relationship, trying to get her to change her new opinion about men, and use this new relationship as an opportunity to get back at her ex. In the verses rapped by Alpha, he tries to make her see how much of a better lover he would be if she said yes. He also urges her to “let her hair down”, relax, and feel free as air, while noting in a prayer-like fashion that he thanks God she came his way.