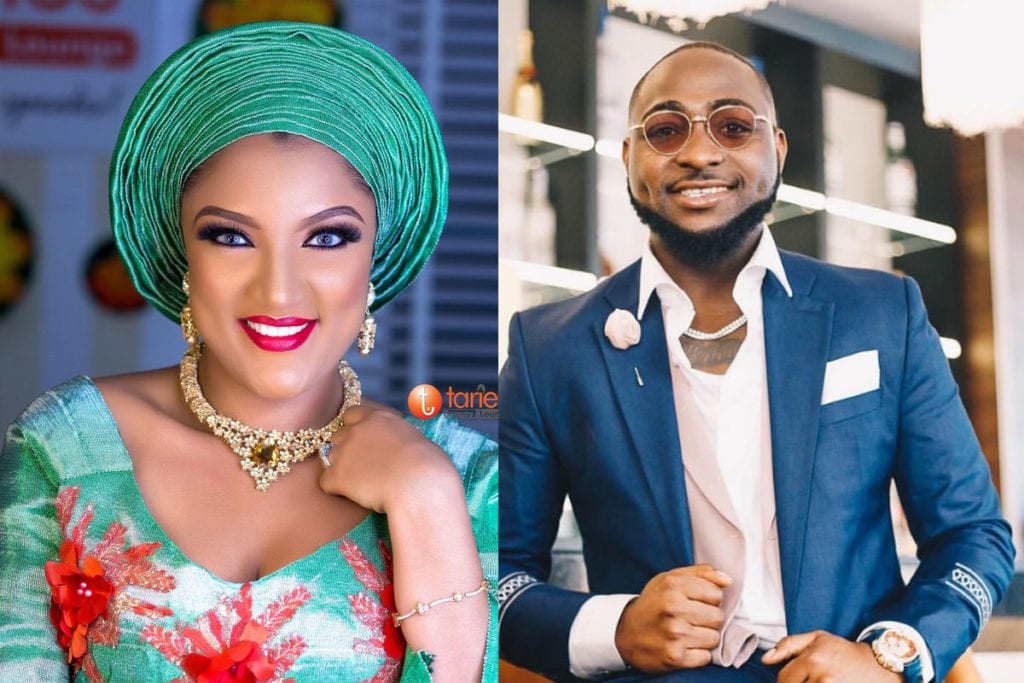 The controversial Influencer took to Instagram to shower praises on Davido whilst throwing subtle shades at Wizkid and other Children’s Dads in the music industry. In her post, Gifty noted that Davido has expressed exceptional maturity in handling his affairs with his children’s mothers.

According to Gifty, Davido might have been in a serious relationship with Chioma, but he never neglected his duties and responsibilities to his children and their mothers.

Gifty admitted that although Davido has blemishes in his personal life, he is still the best dad she has seen so far. She also advised other dads to emulate David’s attitude in regards to his family so they can receive the blessings and love he’s currently enjoying from his children’s God. 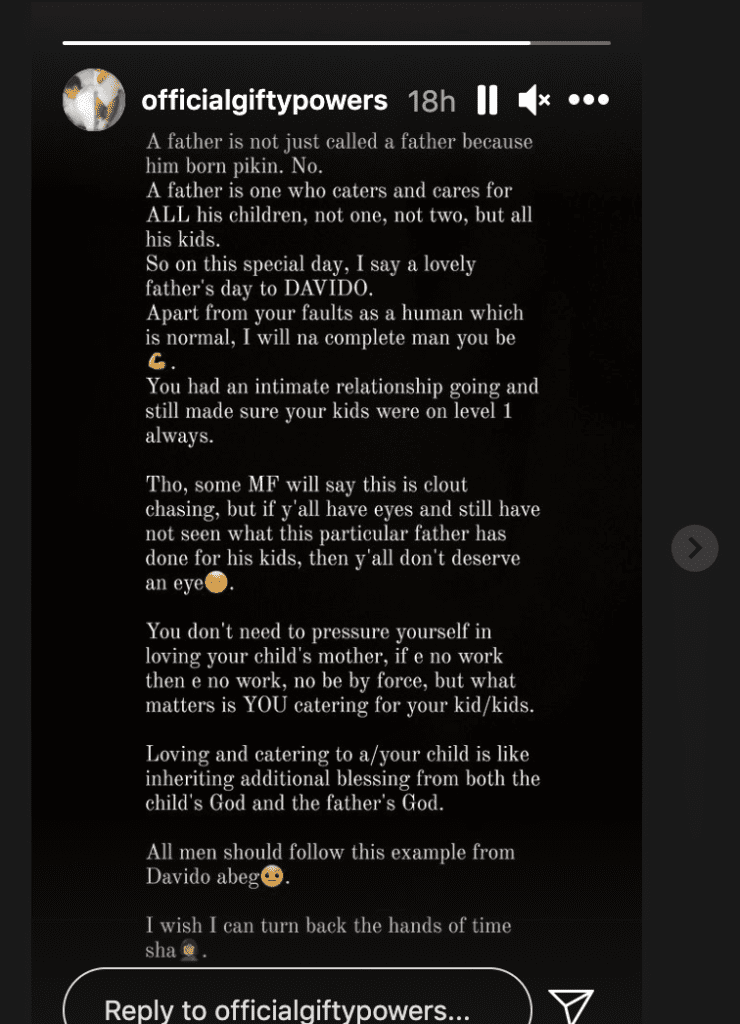 With all the love Gifty has for Wizkid as a musician and has shown to him on social media in the past, she now prefers Davido to Wiz because of his good heart.