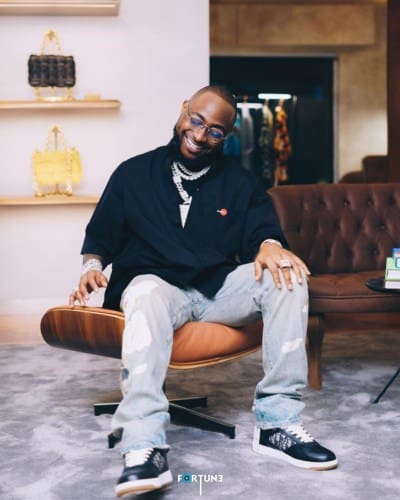 You might recall seeing photos from Wizkid’s shoot with British Vogue for their January Issue. Wizkd’s fans were over the moon when the photos hit the net, however, things took another turn when other fanbases read the write up that followed the shoot. 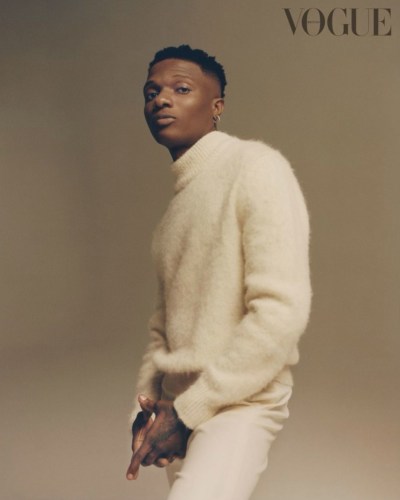 In the piece, British Vogue gushed about Wizkid effortlessly selling out three consecutive tour dates in London. They also emphasised the fact that London has become a second home for Wizkid and ‘a generation of fresh young Nigerian talents’ like Burna Boy, Davido and Rema.

The statement must have been misinterpreted because Netizens took to social media to drag them for referring to Davido and Burna boy as upcoming artists. Some of Davido’s die-hard fans took to Twitter demanding that Vogue tender an apology to Davido for the insult.

Read their tweets below; 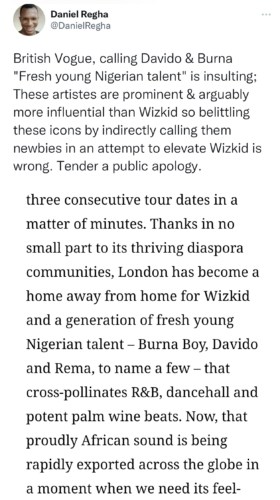 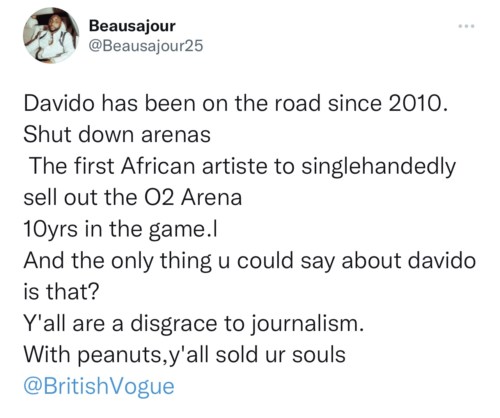 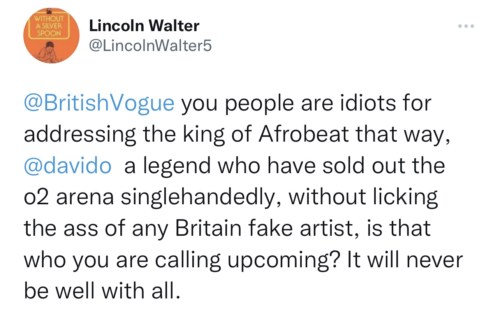 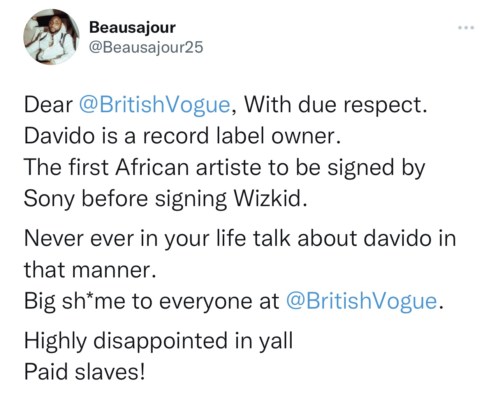