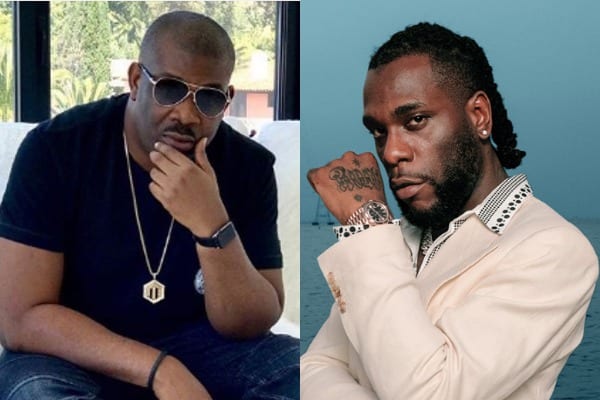 In a video shared on Twitter, Burna boy was caught feeling Don Jazzy’s Mad beats. Music fans who have been following Don Jazzy are aware he is a wizard when it comes to crafting out dope beats for hit jams. He is the genius producer behind Rema’s hot track, Bounce.

Though the title of the song and its official release date is still top secret, we suspect the song might be released in the middle of summer.