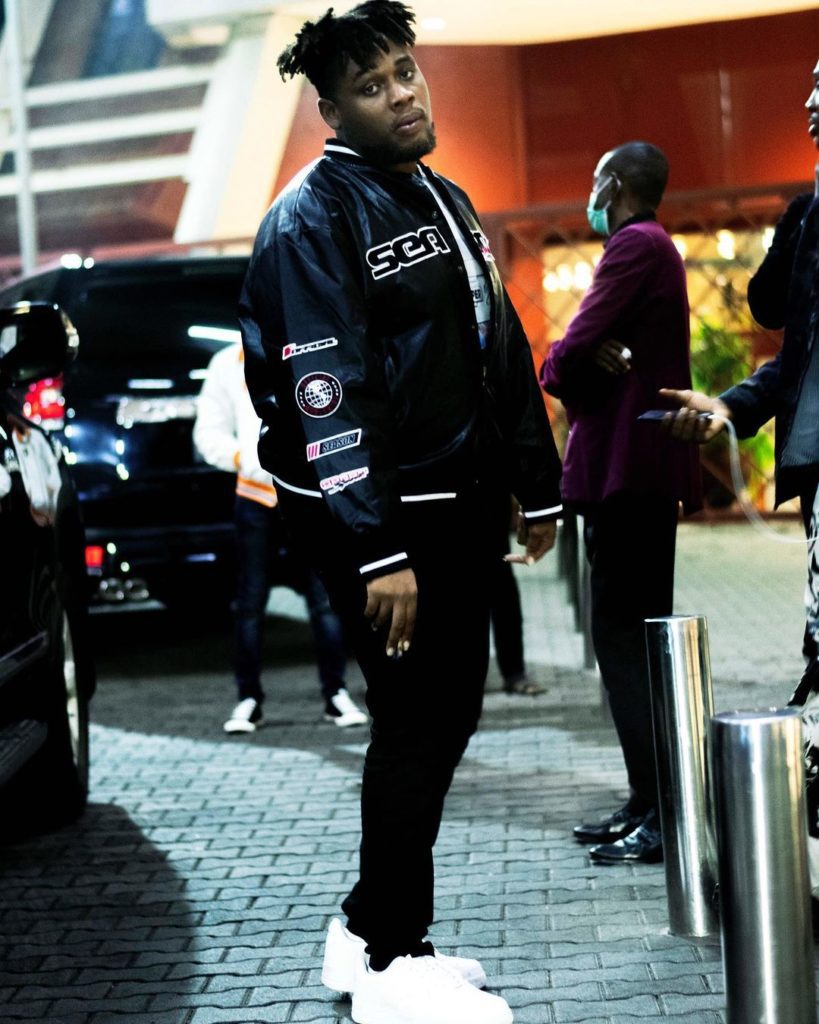 Buju doesn’t like the way he’s feeling now. He has revealed why he criticized his colleagues’ music in 2015 and 2016.

Buju took to Snapchat to state his reasons and based everything on his right to criticize. He wrote that he didn’t know he was going to make music and went about criticizing the work of his colleagues. According to him, there’s nothing wrong with what he did because he felt their music was inferior back then.

He disclosed he had no personal relationship or connection with them in 2016, but he is certain they are cool with him and won’t take the leaked tweets the other way round.

Though he’s yet to tender a proper apology to people he trolled, Buju has warned Netizens to stop dragging him for the tweets from years ago and use that energy to do something useful with their lives. 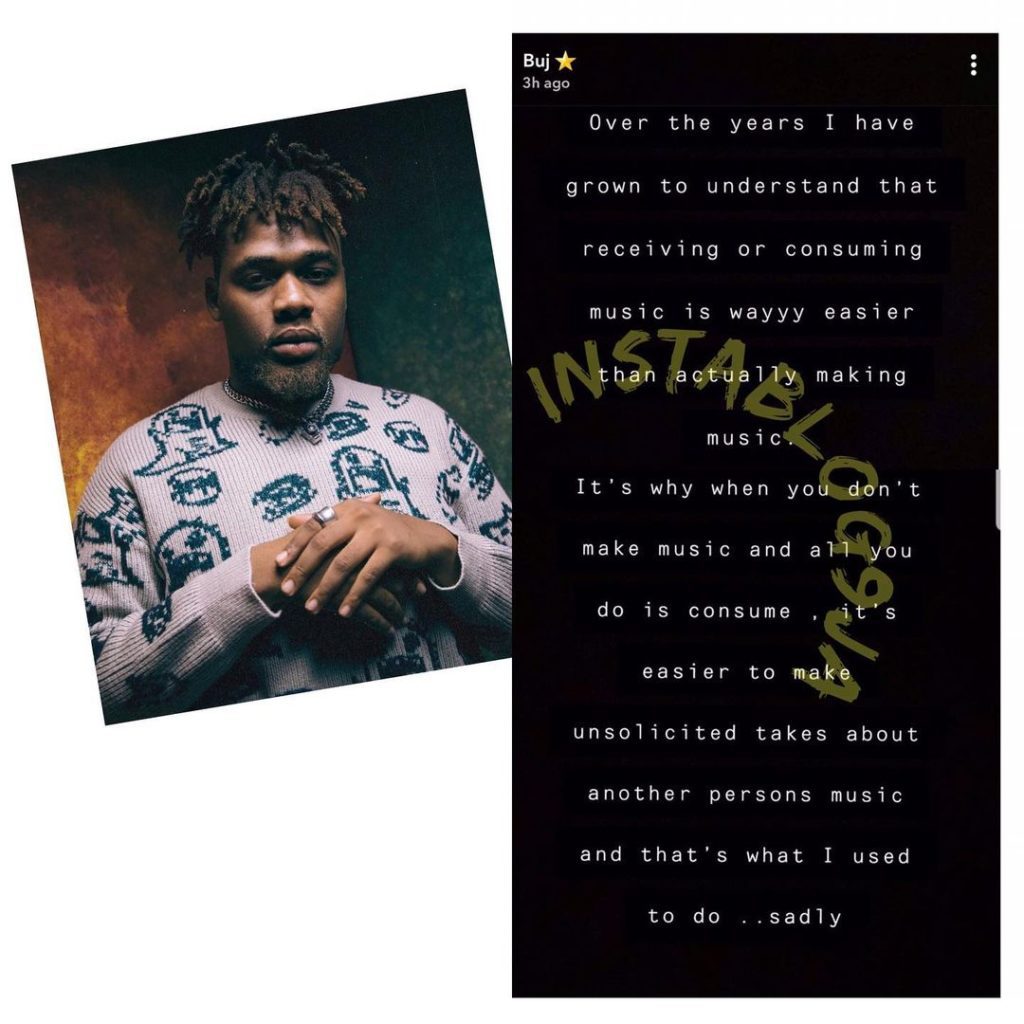 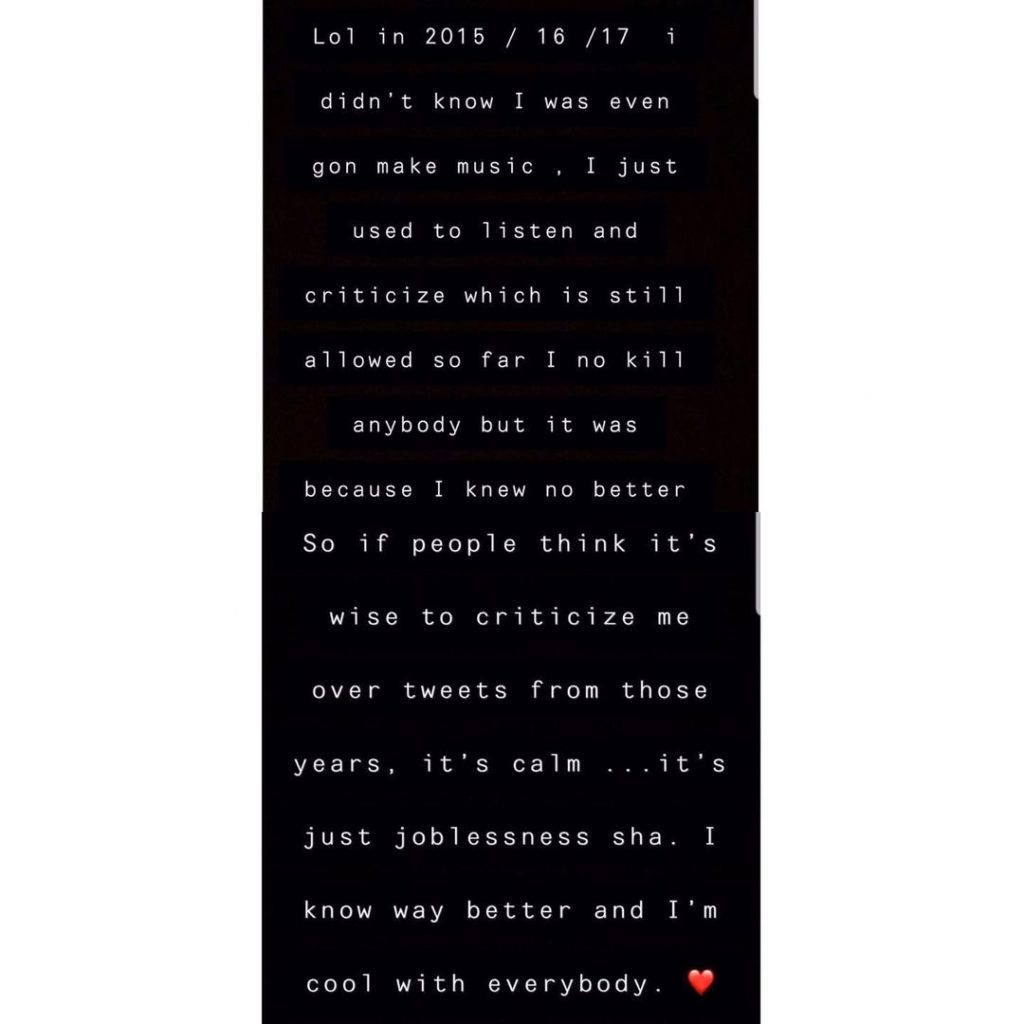