11 Essential Tracks For Your Playlist This Week 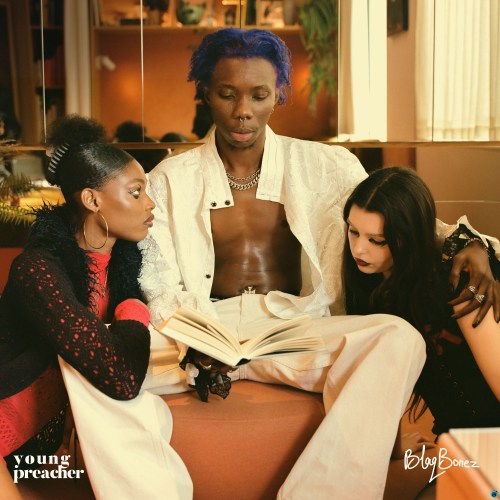 We are about to step into a brand new month and we need to prepare you for all the positivity on the way!

In this article, we have curated a little something for you that would spice up your week and make you stay “jiggy” all through.
So why not relax and hop on the ride with us as we journey through these amazing songs by your faves.

Peep the list of the songs that should not be found missing on this week’s playlist:

Blaqbonez steadily steps on our necks with banging tracks off his sophomore album, Young preacher.

Loyalty is a track that speaks for itself. On this track, the talented Chocolate City singer and rapper bears it all. He informs his ladies that he cannot give them what they want and certainly not Loyalty.

For what it’s worth, he would make them feel good in bed, but that’s about it. Nothing more; nothing less.

It’s a song worthy of your playlist this week.

Ase is a thoughtful one-off Bella‘s debut body of work titled, Hypertension. Ase is a song with powerful lyrics that would resonate with both young and old.

Bella prays for success and prosperity, while he simultaneously cast poverty away in the name of God. It is no longer news that the young artist is a force to reckon with due to his versatility and consistency.

Ololade Mi Asake passed the vibe test with another of his impressive track dubbed, Dupe.

Dupe is a track that urges people to be thankful for what they have. It also urges people to be happy when they see others win, as it will soon be their turn. Finally, the new street king assures his fans that things will be stable soon.

The impressive track is one from Asake’s debut album, Mr. Money With The Vibes (MMWTV).

The song peace talk about the trust goes of Mohbad and how he still finds his peace of mind amid the hassle.

He describes himself as a survivor, who will continue to defy all odds to be successful.
The Marlian record signee always has a way of having his fans in a chokehold. Here is another potential hit that is here to stay.

Jaboti, a song by Zanku Records’ honcho, Zlatan Ibilie is undoubtedly one for the books. It’s a message to Zlatan’s haters letting them know he’s never going down and belongs at the top forever.

The song is definitely a vibe and a combination of street sound and Afrobeat. The song was carefully crafted for music lovers – something needed for a time like this.

After feeding us with Xtra Cool, Young Jonn comes through with another banger, “If You Leave” – his most recent banger.

For those of you who are yet to know, Otilo is the newest anthem on the streets. It’s a song by dancer and hypeman, Poco Lee and Hotkid dubbed, Otilo (Izz Gone). Not updating your playlist this week with this song is a crime punishable by law.

Otilo is a blend of Amapaniano and Nigerian hip Hip, a combo that could never go wrong. The song was produced by Yo!

Well-revered NIgeiner singer, Mr Eazi is here again with another one, Patek. He joins forces with DJ Tarico, Joey B to premiere this Amapiano track.

The singer is letting us know that he takes good care of himself with his hard-earned money. He balls hard and flexes the girls even harder.

The song has taken over the streets and clubs, and it is such a vibey one.

Machala comes through with the first track off his forthcoming studio album, More Love; Less Ego. Ayodeji Balogun decided to whet the appetite of his fans all over the world with this jam titled, “Money & Love” as we hold our breath for what’s to come on the 5th of November, 2022.

Barely 24 hours after its release, the song clinched the number 1 spot on Apple music, pushing down the likes of Young Jonn, Asake, Kizz Daniel, and a host of others.

On this track, Wizkid serenades his girl, letting her know that he is the “Daddy of Lagos”.

Tekno entertains his fans with a groovy tune he calls, Pay.

Augustine Miles Kelechi Okechukwu, professionally known as Tekno spreads positivity in this song, as he preaches that God is always on his side.

Following the success of his joint with Kizz Daniel on the track, Buga, Tekno Miles comes through with another one with catchy lyrics. It’s a blend of Afro-pop and Amapiano music., and has just the right amount of vibe.

Seyi Vibez is here with another one titled, Bullion Van.

Bullion Van is fast becoming an anthem on the streets and in clubhouses. It’s another impressive track from the talented singer with pure vocals. It comes as a follow up to his previous track, +234.

Bullion Van is off Seyi Vibez’s debut studio album tagged, Billion Dollar Baby that was released on the 21st of October.

Tags: 11 Essential Tracks For Your Playlist This WeekPlaylistSONGS
Previous Post